Dogwoof inks 'Where To Invade Next' deal with VoD platform Wuaki.tv

The deal will also see titles from Dogwoof’s back catalogue appear on the service. 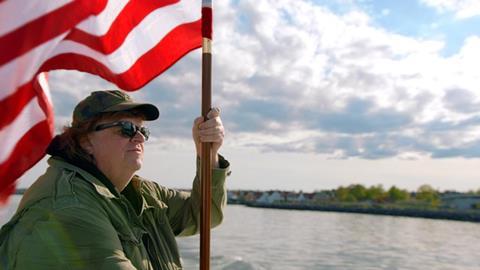 UK distributor and documentary specialist Dogwoof has struck a deal to release new acquisitions and titles from its back catalogue on VoD streaming service Wuaki.tv.

The first film to be released under the agreement will be Michael Moore’s travelogue documentary Where To Invade Next, which premiered at Toronto last year.

Around 20 titles from Dogwoof’s back catalogue will also go on the service, including Oscar-nominated duo Cartel Land and The Acting Of Killing, BAFTA-nominated Blackfish, and fashion doc Dior and I.

Barcelona-based Wuaki.tv is a VoD service that offers film and TV rental and purchase as well as, exclusively in Spain, a subscription service. The company operates in the UK, France, Germany, Italy, Ireland, Austria, Netherlands, Belgium, Switzerland and Luxembourg and is continuing its roll-out across the EU.

“We’ve been long-term admirers of Wuaki.tv and have the perfect title in Michael Moore’s Where To Invade Next with which to launch the remainder of our 2016 slate,” Green commented.