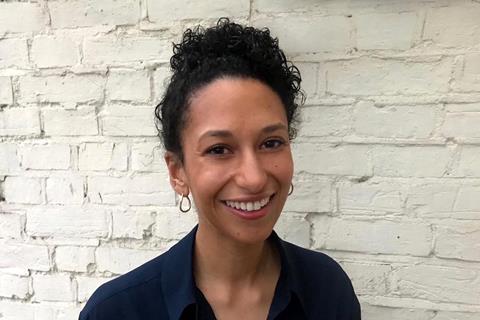 Hill joins the company as senior development executive. Working across development and production on film and TV projects, she will support Buchanan and McGhee in their ambition to bring under-represented talent into the mainstream.

“Jess joins us at this early and vital stage of the company, bringing her creative acumen, exceptional taste and desire to tell stories from exciting under-represented filmmakers,” said a statement from Buchanan and McGhee.

Home Team was launched in September 2020 with backing from the BFI-backed UK Creative Content EIS Fund. Its initial development slate includes the latest film from The Last Tree director Shola Amoo, with BBC Film; Welcome, the feature debut of Omar El-Khairy and Screen Star of Tomorrow 2019 Nadia Latif; and a new project from Destiny Ekaragha, who directed four episodes of Buchanan’s hit series The End Of The F***ing World in 2019, and Danielle Ward.

Buchanan, named a Screen Star of Tomorrow in 2012, criticised Bafta in August last year for its refusal to send him or allow him to purchase a TV award for his work on The End Of The F***ing World, despite him having created the series with director Jonathan Entwistle.

Bafta subsequently adjusted the rules for its TV awards as part of a wider diversity push.