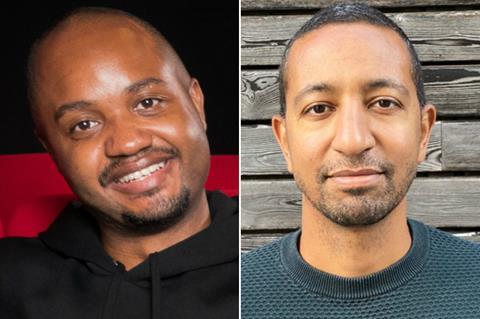 UK producers Dominic Buchanan, whose credits include The End Of The F***ing World, and Bennett McGhee, who produced Mogul Mowgli, have launched Home Team, a new production company focusing on under-represented creative voices.

The company has recieved backing from the Calculus Creative Content EIS Fund, which was launched in June 2019 in association with the BFI to help generate a new wave of investors in the UK screen industries. Finance specialists Stargrove Pictures acts as adviser to the fund, and sourced the Home Team investment opportunity.

The company will develop and produce feature films and high-end television series, for both VoD and traditional platforms.

According to its producers, Home Team’s aim is “to identify and develop under-represented creatives and nurture exciting voices – primarily, but not restricted to, filmmakers of colour and women filmmakers of all ethnicities.”

Also in the works are Rohan Blair-Mangat’s docu-series The Boombox Project, adapted from Lyle Owerko’s book of the same name; and a new television series directed by Kate Herron (Sex Education), which she is co-writing alongside Briony Redman and will be co-produced with Douglas Cox.

“Home Team will be a genuine home for talent, we’re continuously driven to realise our wildest ambitions, and want to move the needle with everything we do,” said Buchanan.

“We’d sown the seeds of these plans for a while and it’s incredibly exciting to now see them come to fruition, and champion projects from talent we believe in,” added McGhee.

As well as producing Channel 4 and Netflix Bafta-winner The End Of The F***ing World through his Dominic Buchanan Productions, Buchanan produced Hong Khaou’s 2014 feature Lilting, and co-produced 2018 drama Colette while at Bold Films.

McGhee set up Silvertown Films in 2015, with the company receiving a BFI Vision award in its first year. Its credits include documentary Bobby, rap battle drama Vs, and Berlinale 2020 title Mogul Mowgli, which was selected for the BFI London Film Festival yesterday.

Both producers were named as ones-to-watch in Screen’s Brit 50 production company profiles in 2018.