EFM to host physical screenings in four territories outside Europe 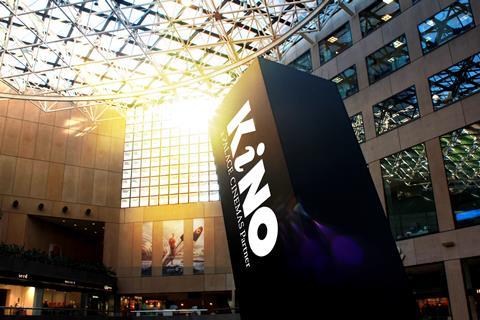 The Berlinale is to stage physical screenings of its official selection to distributors in four key territories outside Europe.

Industry will not be present at Berlin’s European Film Market (EFM), which will take place online-only March 1-5, so four Market Hubs will be established in Tokyo for the Asian market, Melbourne for Oceania, Sao Paulo for South America and Mexico City for Central America.

Under the banner EFM Goes Global, distributors will be invited to watch films from the Berlinale’s selection on the big screen.

Organisers of the film market are working with established industry partners such as festivals, cinemas and film institutions to provide local infrastructure support to the EFM. Each city was chosen for its “high density of national distribution companies”.

“If distributors aren’t able to travel to Berlin this year, we want to bring the films to the distributors, and present them using the display technology they were created for: the big screen,” said Dennis Ruh, who was appointed director of the European Film Market last September.

“EFM Goes Global aims to support the successful international distribution of selected Berlinale titles. The initiative also makes it possible for smaller distribution companies from the respective territories to be included in the market.

“Another goal of ‘EFM Goes Global’ is to strive for more sustainability in the distribution business by avoiding air travel.”

As previously announced, this year’s Berlin International Film Festival will take place in two stages, beginning with the EFM, which will also include a film selection, made up of the festival’s strands, which will be made available to watch by industry professionals and accredited press. The long-awaited selection of films that will make up the 71st edition of the Berlinale will be announced next week from February 8-11.

Berlinale artistic director Carlo Chatrian described the international initiative as a “challenging and promising project”. “EFM Goes Global gives the films of the Berlinale selection the opportunity to be shown in an actual cinema, to a physically present industry audience,” he added.

The EFM Goes Global partners in the four participating cities are:

Tokyo: The Tokyo International Film Festival, the film and television market TIFFCOM, the Film School of Tokyo, and Eurolive Cinema.