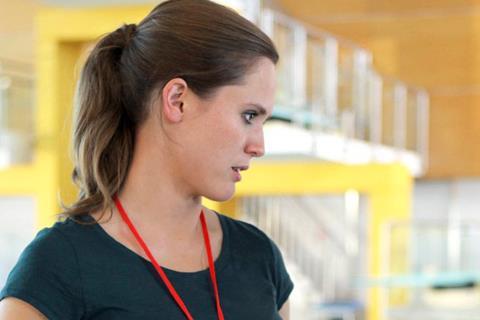 The film, set in pre-First World War Vienna and which explores the turbulent relationship between the Viennese society Grand Dame Alma Mahler and the expressionist artist and enfant terrible Oskar Kokoschka. has been put together as an Austrian (Fillm AG), German (Wüste Film), Swiss (Turnus Film) and Czech (Dawson Films) coproduction.

In advance of shooting, various distributors are also already aboard the production: Alamode for Germany, DCM for Switzerland, Alameda with Thim for Austria and Cienmart for the Czech Republic.

Emily Cox, star of Netflix’s The Last Kingdom, has now been confirmed as the lead, taking the role that Vicky Krieps was originally attached to play. Cox stars alongside Noah L. Perktold.

Here in Berlin, PTI is presenting a video presentation by the director and author. The company also handled the director’s previous film, Egon Schiele - Death and the Maiden, which sold to 40 Territories.

At the EFM, PTI is also selling A Stasi Comedy (Stasikomödie), in which the infamous Eastern German Secret Police (STaatsSIcherheit) is portrayed in comic fashion. Written and directed by GDR born and raised director Leander Haussmann, this is the third in his GDR-themed trilogy of features. The cast includes David Kross, Tom Schilling, Jörg Schüttauf and Henry Hübchen Detlev Buck.

Constantin Film is handling the release in German-speaking territories.

PTI is also beginning sales on Berlin comedy, Nightlife, directed by Simon Verhoeven. The German domestic release is handled by Warner Bros Pictures Germany. PTI will present the project as a market premiere during EFM.