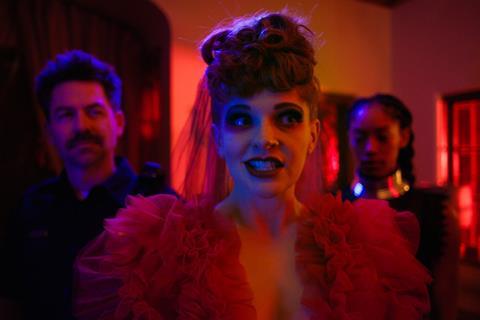 Epic Pictures has acquired worldwide rights to the completed horror-comedy Val starring John Kapelos and will launch sales at the virtual Cannes market later this month.

Aaron Fradkin directed from a screenplay he co-wrote with Victoria Fratz, with whom he collaborated on dating comedy Electric Love.

Val centres on a criminal on the run who unwittingly enters the lair of a demon posing as a high-class escort who it turns out has been expecting him.

Besides Kapelos, whose credits include The Shape Of Water, the cast includes Kyle Howard, Sufe Bradshaw, Erik Griffin, Misha Reeves, and Zachary Mooren.

Kalani Dreimanis, Epic’s director of international sales, negotiated the worldwide rights deal on behalf of Epic Pictures with with Ty Leisher of Exit 44 Entertainment on behalf of the producers.

Epic Pictures is set to distribute Val in the US through its horror label Dread on October 5.

“Val is a fun horror with a very unexpected and refreshing sense of humour that will captivate international and domestic audiences alike,” said Epic Pictures CEO Patrick Ewald.

Epic’s Cannes slate includes the recently announced horror title Slapface, which just won the audience award at Cinequest, and horror film The Cellar starring Elisha Cuthbert and Eoin Macken. Epic will be debuting first-look footage for the film during the market.