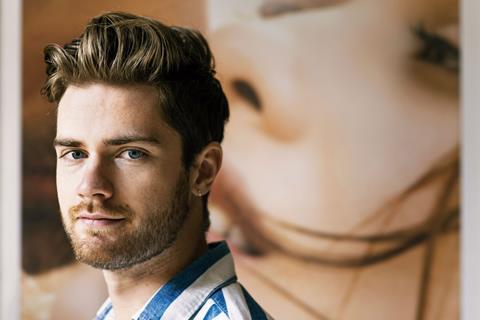 Co-productions from Belgian director Lukas Dhont, Canada’s Brandon Cronenberg and UK filmmaker Fyzal Boulifa are among 49 selected for support in the latest Eurimages funding round.

The Belgium-France-Netherlands co-production centres on two 13-year-old boys who have always been incredibly close but drift apart after their relationship is questioned by schoolmates. When tragedy strikes, one is forced to confront why he distanced himself from his closest friend.

German sales company The Match Factory has acquired international rights to Close, which is produced by Dirk Impens of Belgium’s Menuet and Michiel Dhont. Co-producers are Diaphana (France), Topkapi Films (Netherlands) and Versus Productions (Belgium).

Cronenberg, whose sci-fi horror Possessor debuted at Sundance in 2020, received €324,000 ($385,000) for upcoming feature Infinity Pool. Alexander Skarsgård will star in the sci-fi thriller about a vacation that takes a dark turn. Neon, the US studio behind Parasite, will co-finance and executive produce the film alongside Topic Studios, Telefilm Canada and the Croatian Film Fund.

Further co-productions to benefit from the latest funding round include Margarethe von Trotta’s Bachmann & Frisch, about the relationship between writers Ingeborg Bachmann and Max Frisch and starring Vicky Krieps and Ronald Zehrfeld. The Switzerland-Germany-Austria-Luxembourg co-production received €450,000 ($535,000). German filmmaker Von Trotta is known for features such as Hannah Arendt and won Venice’s Golden Lion in 1981 with The German Sisters.

The project to receive the largest amount of funding was They Shot The Piano Player, a musical animation from Spain’s Fernando Trueba and Javier Mariscal, Oscar nominees in 2012 for Chico & Rita.

The Spain-France-Netherlands-Portugal co-production received €470,000 ($560,000). Jeff Goldblum is attached to voice the lead character, a New York music journalist on a quest to uncover the truth behind the disappearance of young Brazilian piano virtuoso Tenorio JR.

The 163rd Eurimages council meeting was held online. Of the 49 feature projects it selected for a total of €10.8m (£12.8m) funding, six are documentaries and three are animations. Of those selected, 35.3% are directed by women, receiving 32.5% of the total amount awarded.

The Eurimages board also agreed to award €530,387 to 73 cinemas based on their 2020 programming and to distribute a part of the remainder of the Cinemas Support budget, namely €167,616, to the 28 cinemas in the network most impacted by the effects of Covid-19.