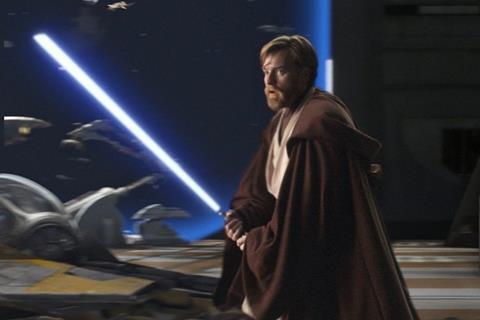 In a presentation for its upcoming Disney+ streaming service at the D23 Expo in California, Disney has confirmed that Ewan McGregor will reprise his role as Obi-Wan Kenobi in a new original series for the service.

Appearing on the stage of the Anaheim Convention Center with McGregor, Lucasfilm president Kathleen Kennedy said scripts for the Star Wars spin-off series – which has not yet been titled - have been written and production is set to begin next year.

In the presentation to nearly 7,000 Disney fans, Marvel Studios president Kevin Feige revealed that live-action streaming series about Marvel characters Ms Marvel, She Hulk and Moon Knight are in development for Disney+. The Ms Marvel series is being written by rising UK talent Bisha K Ali, whose credits include Sex Education and Hulu’s streaming series version of Four Weddings And A Funeral.

D23 attendees were shown the first full trailers for Disney+ series The Mandalorian – the first of the service’s two previously announced Star Wars spin-off series - and live-action film Lady And The Tramp.

Providing more details of the streaming service app that will make its debut in November, Disney said the service will have an interface and audio support - and in some cases subtitles for library content - in English, Spanish, French and Dutch. Additional languages will be available for Disney+ original content.