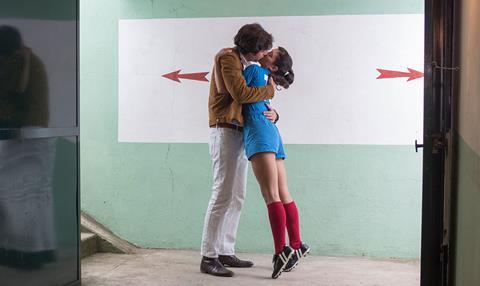 Described as social comedy in the vein of Bend It Like Beckham, the film revolves around the early days of a real-life, all-women squad set up almost by chance on the fringes of France’s Stade de Reims football club at the end of the 1960s.

Although women have played soccer for centuries, female teams only started to be recognised by official football bodies in countries such as France and the UK in the late 1960s and early 1970s.

Indie Sales will kick off sales at Unifrance’s Rendez-vous with French cinema in Paris this week (Jan 12-16) where it will show a first promo reel.

It is the debut feature for Hallard after a number of festival shorts including People Are Strange, Hair, Vinyl and Meeting Vincent Gallo. He co-wrote the script with Jean-Christophe Bouzy (Raw) and Claude Le Pape (Love At First Fight).

“We’re very proud and happy to start working with Frédéric Jouve on this exciting comedy. Let The Girls Play is in the vein of Bend It Like Beckham. We’ll be showing an exclusive promo in Paris and Berlin,” said Indie Sales chief Nicolas Eschbach.

The film is in post-production for release by Mars Films in the second half of 2017.