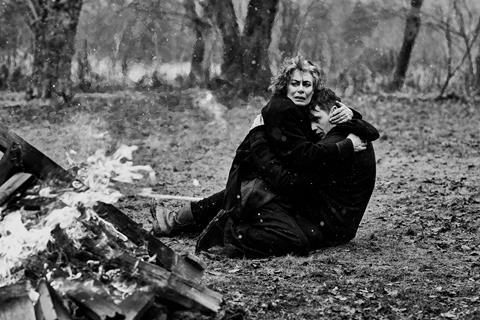 Top brass at Fantasia International Film Festival have announced the first wave of films including a focus on Japan for the virtual edition of the 25th anniversary festival that runs August 5-25.

The festival will screen for Canadian audiences on a platform created by Festival Scope and Shift72. Organisers are taking advice from local health authorities in Montreal on the possibility of adding a limited range of physical events.

Also playing is Masashi Yamamoto’s fantasy comedy Wonderful Paradise, while Shunji Iwai’s lockdown story The 12 Day Tale Of The Monster That Died In 8 screens in the Camera Lucida section for boundary-pushing work. All Japanese titles are North American premieres.

Newcomer Junta Yamaguchi’s Beyond The Infinite Two Minutes, which shot on an iPhone, gets its North American premiere in Fantasia Underground, while the first title in Docs From The Edge is the international premiere of Manuel Lamas’s Uruguayan cult hit Act Of Violence In A Young Journalist.

Besides The 12 Day Tale Of The Monster That Died In 8, Camera Lucida selections include the North American premieres of Canadian filmmaker Seth A. Smith‘s sci-fi survival thriller Tin Can and Renata Pinheiro’s Brazilian absurdist social commentary King Car, and the international premiere of Mickey Reece’s demonic possession story Agnes.

As previously announced, 2021 Fantasia will open with the world premiere of Julien Knafo’s Quebec-set zom-com Brain Freeze. The second wave will be announced in late June and the full roster will be revealed in late July.