‘Farewell, My Hometown’, ’The Apartment With Two Women’ win top prizes at Busan 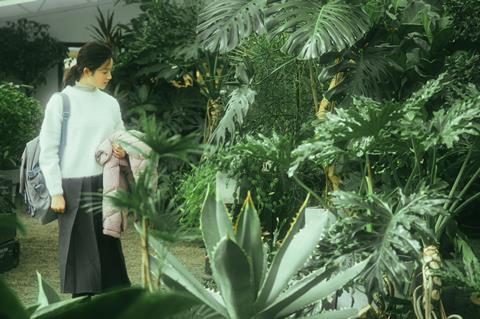 The latter film picked up four other awards including actress of the year for Im Jee-ho.

The socially-distanced festival, which required PCR tests and/or proof of full vaccination from guests, learned of one confirmed case of Covid-19 amongst its attendees to the opening ceremony, October 6, who tested positive after their return to Seoul.

Organisers announced that as of today, health authorities had traced and tested everyone who had contact with the person and reported the case closed. BIFF is still set to continue testing and monitoring its staff until two weeks after the closing.

“We talk about the era of living ‘with Covid-19’ but I think we have always lived ‘with’ something or other, each of our 26 years of running the festival. This year, a lot of people congratulated us that there weren’t any typhoons or rain,” said Lee Yong-kwan, BIFF chairman.

“Our audience members and citizens showed world-class civic awareness, and we had a lot of help from outside. Internally, a lot of trouble was taken and especially, our two new directors [festival director Huh Moonyung and market co-director Oh Seok Geun] were working together for the first time and perhaps it was because of the coronavirus that they were able to join forces so well. I am thankful. The coronavirus has definitely united us,” he added.

New Currents jury president Deepa Mehta, who in the end was unable to travel to the festival for health reasons, participated online from Canada. Berlinale Forum head Cristina Nord and Korean directors Jang Joonhwan and Jeong Jae-Eun rounded out the jury.

Together they lauded Wang’s first feature Farewell, My Hometown for its “gentle exploration of time, poverty, education and compromise the female protagonists make”.

Nord quoted Luis Bunuel in praising The Apartment With Two Women saying: “’The minute a film is particular, is the minute it becomes universal.’ A film about the well-explored antagonism between a mother and daughter was so particular to the world it was set in. Amazing performances by the two leading actors had me holding my breath at times.”

Running October 6-15, the film festival had a total of 76,072 admissions – 80% of all available seats for its 223 official selection films from 70 countries. The Community BIFF sidebar with 58 films took in 3,330 admissions and BIFF in the Neighborhood sidebar took in 3,771.

Actor of the year
Kwon Daham, Through My Midwinter (S Kor)

Actress of the year
Im Jee-ho, The Apartment With Two Women (S Kor)