The Fault in Our Stars shines at UK box office 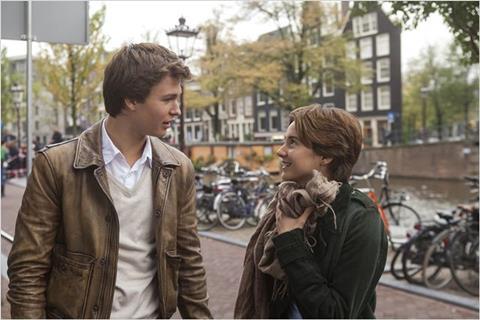 Proving savvy counter-programming to the World Cup, The Fault in Our Stars has repeated its domestic success to debut top of the UK box office.

The debut ranks ahead of thematic comparison Now is Good, which opened with $540,000 (£317,451) from a smaller release at 305 sites. It also ranks ahead of the last film Shailene Woodley and Ansel Elgort starred in together, Divergent, which bowed with $3m (£1.8m) from 423 sites.

Also for Sony, The Art of the Steal could only manage a $13,000 (£7,867) debut from its 101 sites, but it’s worth noting that not all of those sites would have had full showtimes over the weekend.

Also for StudioCanal, Once Upon a Forest grossed $490 (£288) from its one site release at London’s Ciné Lumière, where it plays until select shows until July 13.

Icon’s Cold in July, Dogwoof’s Mistaken for Strangers and Entertainment’s Seve all receive wide releases, while Curzon Film World’s Under the Rainbow and IMG’s A Haunted House 2 are among the films receiving a limited release.