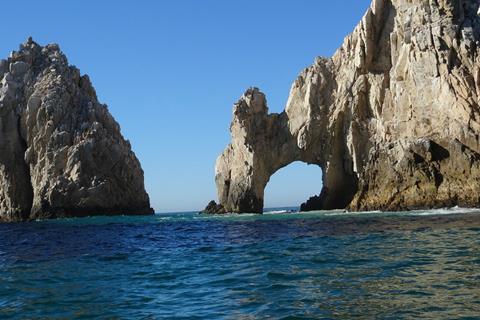 Independent producers will end up owning ‘zero’ content in the age of streaming platforms, a Friday (9) panel of showrunners and producers heard at Los Cabos International Film Festival.

While participants in the ‘Film To TV: The Ups And Downs Of A Shifting Industry’ session spoke of the opportunities that the changing landscape presents to independent producers, the overall picture was bleak.

“When you have $10bn-$15bn a year [being spent on content by Netflix and other streaming giants],” said Mexico and LA-based producer Alex Garcia, “everybody is going to get hurt. The thing is not a single studio was this big. You’re talking about companies that can buy a studio with pocket money.

“It will allow us to make content, but we will own zero of it. When I say we will be working for them I don’t mean as an employee – I mean we will be an outside employee without benefits.”

Garcia later added that the proliferation of production funding offered opportunities to content creators, however his fear for the future of content ownership was a theme that permeated the session.

The panel noted how Netflix has evolved the way it approaches material, from initially talking to the studios as a content licensee, then talking directly to agents and sales agents, and now to producers as it builds it own content stable. ”If they want it, they have the money to go back to the [old] studio system and turn to [a producer] and say, ’How many movies to you want to make next year?’” said Garcia.

“The main question is who owns the property,” said Mexican showrunner Carla Gonzalez Vargas, whose Gato Grande Productions, a joint venture with MGM, produced the acclaimed Netflix and Telemundo show Luis Miguel – The Series, about the superstar Mexican singer. “The more you own the more authority you have on decisions.”

Gonzalez Vargas recalled how in early negotiations on the first season of the show, Netflix wanted “the universe in perpetuity.” That drew laughter from the audience in the Cinemex multiplex, as the showrunner said she would be mindful of the need to hold on to as much of a property as possible in future negotiations.

She noted that having MGM as a partner in her venture enables financial survival at a time when it can take three to five years after a show airs before the licensing money comes back to a producer.

Gonzalez Vargas noted there were two models today. “One is owning the IP and licensing it to different platforms, which is the most lucrative. The other is to be completely owned by a platform. They want to interfere more and more. They’re looking to eliminate the middle man, the independent production companies. They realised they don’t need the independent production companies.”

London-based, American-born producer Desirée Akhavan’s upcoming show The Bisexual is backed by Channel 4 and Hulu and was produced by Hootenanny under the auspices of Sister Pictures. Akhavan, who directed this year’s Sundance entry The Miseducation Of Cameron Post, went to the UK after her pitch was rejected in the US and acknowledged the involvement of Hulu means the show will eventually get exposure in the US.

She said that although the streaming age was in its “awkward ugly teen years now”, the internet enables content creators to get projects like her debut effort, a web series, off the ground.

That is something of an anomaly in the TV world, where showrunners tend to be the most influential creative voice. “Narcos was one of the first Netflix shows so maybe that has something to do with it,” said Baiz. “We’re just lucky and our showrunner Eric Newman fights for that.”