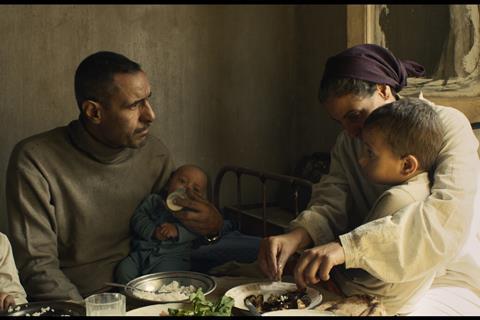 The Roberto Rossellini Awards recognise films in the festival’s Crouching Tigers section, an international competition for debut, second and third works, while the Fei Mu Awards have the same remit for Chinese-language films.

India’s Natesh Hegde won best director in the Roberto Rossellini Awards for his Kannada-language debut Pedro, which recently premiered at Busan. Other winners in this section include Mexican director Tatiana Huezo’s Prayers For The Stolen, which took the Jury Award, and What Do We See When We Look At The Sky, directed by Georgian filmmaker Alexandre Koberidze, which was given a Special Mention.

In the Fei Mu Awards, Wei Shujun was awarded best director for Ripples Of Life, which premiered in Directors Fortnight at Cannes this year, while best actress went to Huang Miyi for her performance in Na Jiazuo’s Streetwise (Gaey Wa’r), which premiered in Cannes’ Un Certain Regard.

Best actor in the Fei Mu Awards went to Zou Tao for Zheng Peike’s Karma, while the Jury Award went to Wang Lin’s Venus By Water and Wang Ershuo’s Farewell, My Hometown, won a Special Mention.

The festival went ahead despite severe rainfall and flooding in Pingyao and surrounding Shanxi province, which damaged the walls of the ancient city where the event takes place. One of the main sponsors of the festival, Zhiwen Group (formerly Momo Technology) donated $1.55m (RMB10m) to local rescue operations.

PYIFF closes tonight (October 19) with a screening of The Great Director, described as “a sci-fi short about cinema” featuring directors Jia Zhangke, who is also the founder of the festival, and Ning Hao.