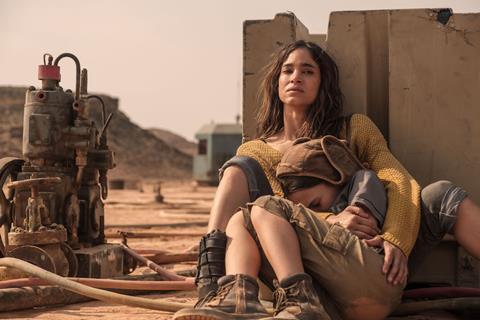 New deals for the film include the UK (Vertigo Releasing), Germany, Austria, Switzerland and Italy (Koch Films) and Australia and New Zealand (Rialto Distribution). Negotiations for further territories are ongoing; the film sold to IFC Midnight for the US in April, with a release set for this summer.

Sofia Boutella stars as Ilsa, a refugee from Earth who has settled with her husband, daughter Remmy and a domesticated robot on the harsh, arid terrain of a Martian outpost. A group of armed assailants attempts to run them off, revealing the desperate reality of their situation to Remmy.

The film, which is currently in post-production, is produced by Julie Fabrizio for Jericho Motion Pictures, Joshua Horsfield for Intake Films (both of the UK) and Johan Kruger for South Africa’s Brittle Star Pictures, with Ben Pugh as executive producer through his management & production firm 42.

“The market response to the talent involved has been terrific, and we can’t wait to introduce the film at the Cannes market,” said Léo Teste, sales and acquisitions manager at Film Constellation.

Settlers is Rockefeller’s debut feature; he has previously made shorts including Entropy and Groomed.