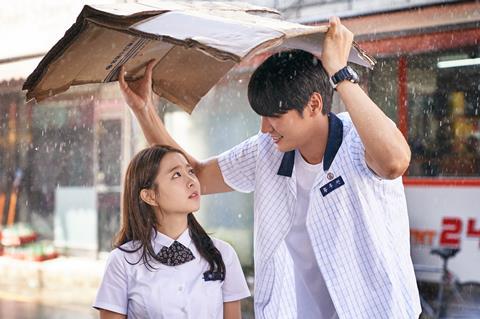 ’On Your Wedding Day’

Directed by Zhang Hang-jun, Forgotten stars Kang Ha-neul and Gim Mu-yeol in the story of a mildly schizophrenic man whose brother is kidnapped and returns 19 days later with supposedly no memory of what happened to him.

Produced by BA Entertainment, the film took 1.38 million admissions and $9.4m at the Korean box office on its release in 2017, according to the Korean Film Council (KOFIC). Global distribution rights were sold to Netflix.

Forgotten played in the Udine Far East Film Festival’s competition in 2018 and won the Jury Special Award at the Korea Gold Awards Festival the same year.

Eva Wang of A Production Pictures said: “We not only praise the two actors for their great performances in the film, but also could not help but be very surprised at all the imagination that fills the story and the social topics in the film that make you think deeply.”

Directed by Lee Seok-keun, On Your Wedding Day stars Park Bo-young and Kim Young-kwang in a story of first love and bad timing that lasts over a decade, starting when the couple first meet in high school.

Produced by Filmmaker R&K, the film took 2.82 million admissions and $20.9m at the Korean box office when it was released last August, according to KOFIC.