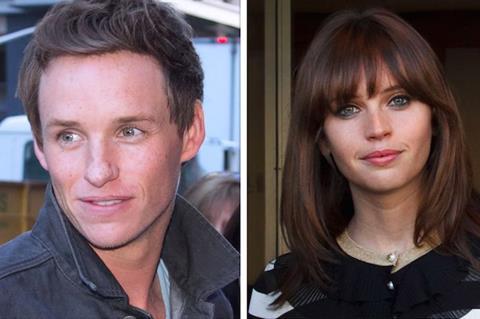 Oscar-winner Redmayne and Jones, his Oscar-nominated co-star in the Stephen Hawking and Jane Wilde romance The Theory Of Everything, star in the period adventure as headstrong scientist James Glaisher and wealthy widow Amelia Wren, who mount an expedition to fly higher in an air balloon than anyone has gone before.

Fully aware of the risks, the pair discover things about each other and themselves as they make their perilous ascent.

Mandeville Films’ David Hoberman and Todd Lieberman, riding high on the $250m-plus global success of Wonder and 2017 phenomenon Beauty And The Beast, are producing the drama.

Amazon Studios is financing the prestige feature and will self-distribute The Aeronauts in the US.