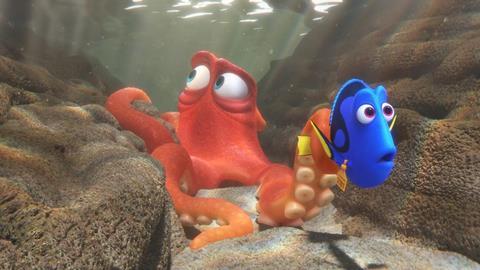 Finding Dory just kept on swimming as the UK’s number one film over the Bank Holiday weekend.

As expected, it became the biggest animation of the year to date before the weekend, and currently ranks as the sixth biggest Pixar outing with it soon to overtake Finding Nemo ($49m/£37.5m) and Monsters Inc ($49.6m/£37.9m).

The week’s highest new entry came in the form of Bad Moms as it charted second.

Suicide Squad has become the seventh film of 2016 to hit the £30m mark at the UK box office.

Also for Warner Bros, War Dogs journeyed to a $1.3m (£1m) UK debut from its 483 sites. Comparisons are tricky as it’s less of an out-and-out comedy than expected from director Todd Phillips, but it’s a solid start.

That’s down on the openings of both previous instalments in the series which enjoyed £1m+ debuts. Election Year stands at $1.32m (£1.01m) as of Monday and faces a challenge to overtake The Purge’s $4.6m (£3.5m) result, the current lowest of the series.

eOne’s Roald Dahl adaptation is now up to a terrific $35.7m (£27.27m) in the UK (excluding Monday), and is now director Steven Spielberg’s fourth-best outing having overtaken The Lost World: Jurassic Park.

The adaptation enjoyed a prosperous first seven days at the UK box office as it took in $1.81m (£1.39m), meaning it has now reached $2.3m (£1.76m) after ten days in play. It should enjoy decent returns this week too before the school holidays end.

Dogwoof’s Jim: The James Foley Story, Curzon Artificial Eye’s Things To Come and Soda Pictures’ The 9th Life Of Louis Drax are among the films receiving a limited release.