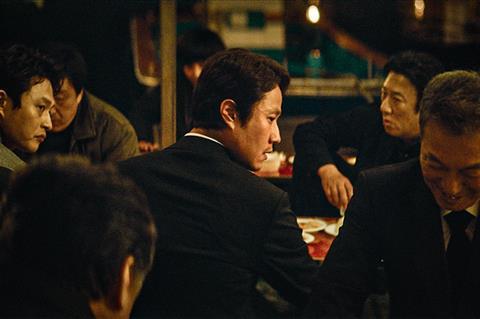 Korea’s Finecut has closed a string of deals led by Cheon Myeong-kwan’s action noir Hot Blooded and Hong Jun-pyo’s animation Chun Tae-il: A Flame That Lives On, both set to Cannes market premieres.

Produced by Myung Films and Studio Roomer, Chun Tae-Il: A Flame That Lives On tells the story of a young man who sparked changes in labour conditions in Korea.

Two feature debuts by women directors – Lee Ji-eun’s The Hill Of Secrets, which was in Berlinale Generation Kplus and recently won the CGV Arthouse Award at Jeonju International Film Festival, and Kim Se-in‘s The Apartment With Two Women, which won five prizes at Busan including the New Currents Award and Actress of the Year before going on to screen in Berlinale Panorama – also closed deals.

At this year’s Cannes, Finecut has July Jung’s Next Sohee as the Critics Week closing film. Starring Doona Bae and Kim Si-eun, it tells the story of a high school girl’s death at a call centre and the detective who investigates it.