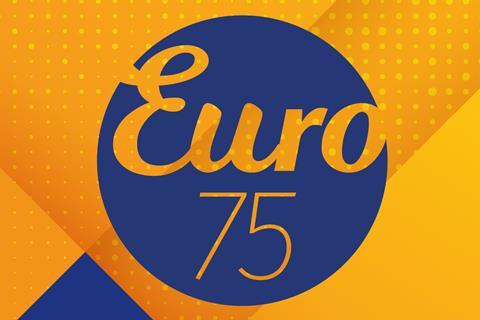 Welcome to The Euro 75, Screen International’s showcase of 75 independent European production companies actively engaged in 2022 in the origination, development and production of feature films, working with other co-­production partners to create works for arthouse audiences and the global festival circuit.

Why 75? To recognise Cannes Film Festival’s 75th anniversary this year — the festival that continues to embrace cinema with the most fervour, and certainly grants the optimal platform for arthouse films to achieve global success.

It’s a sign of our interrupted lives — and industry — that we first started mulling this feature way back in late 2019, before the pandemic got in everyone’s way. But we’re a glass-half-full kind of team: if we had created this list then, for Cannes 2020, it would have been the Euro 50, so the festival’s own diamond jubilee offered a dovetailing opportunity to expand the net to 75 companies and producers — and at a time when the pandemic’s impact on production is dissipating.

While 75 sounds like a hefty number, you can imagine the Sisyphean task that went into trimming down the list: weeks of back and forth, debate, last-­minute suggestions, 11th-hour dropouts, blood, sweat and, quite possibly, tears. Buy us a rosé in Cannes and we’ll tell you all about it: we can’t lie, it did get heated at times.

Like any list, we know our Euro 75 is going to arouse debate. The European film production landscape is the most intricate and extensive in the world — a rich, deep network of smart, creative people encouraged and incentivised to work together across borders, embedded within a union of nations (never mind Brexit, impossible as it is to ignore) bound in economic, social and political collaboration.

Naturally, our fundamental criteria in drawing up the list was shortlisting producers and companies for whom co-production is the name of the game, who regularly work with partners across Europe (and often beyond) to make their productions happen.

The producers and companies on this list had to be based in Europe (including the UK), producing features that might be made for their local markets but that are capable of travelling internationally, including at festivals, on the theatrical circuit or on platforms. These criteria alone, however, were not enough to narrow it down to 75, so the next step was to look at producers and companies with a project (or projects) that had generated buzz in the past 12 to 18 months, on the festival circuit, awards circuit or both, and/or that had a film in Cannes this year.

A few things to note from our research: while there are roughly as many women in our selection as men, the lack of producers of colour on the list is stark. We threw the net out wide and having a representative industry is a key structural issue that everyone should be addressing — but if we missed anyone out in that regard, please do call us out.

Other threads that surfaced in our research: Europe’s indie producers are increasingly at ease working between platforms and traditional players, however the future of international co‑production is coming under pressure, not least with the arrival of streamers that increasingly want to buy pan-­regional rights.

Does every company on our Euro 75 adhere strictly to the criteria? Not necessarily — we were also interested in European producers who work with partners and productions in the US or Latin America, although that was not our main focus. And, given Screen has a separate Brit 50 list (which will resurface in the near future — watch this space), we were restrictive on the number of UK-based outfits.

So consider this to be a snapshot of the European indie production landscape at this 75th edition of Cannes, a list that incorporates newcomers, rising stars, industry stalwarts and even legends. We feel it captures the zeitgeist of the European indie film scene right now — a sector that is vibrant and robust, and one that we should all be celebrating for its dynamism, tenacity and the works of creative genius it continues to produce year after year. It’s on all of us to celebrate and protect this space so this talent can continue to flourish in the face of significant and rising pressures.

Please join us in celebrating this year’s Euro 75 — and congratulating Cannes on 75 magnificent years.

For profiles of all 75 companies, click on the links below.