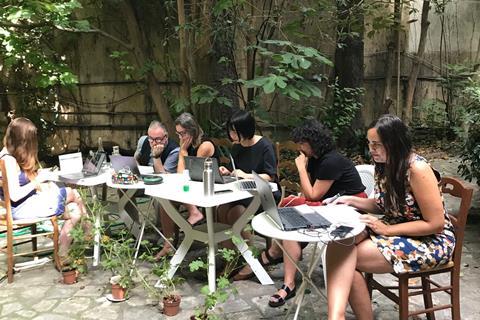 FIDLab, the project development platform of France’s International Film Festival FIDMarseille, has unveiled the winners of its online edition which took place July 6-10.

Marianne Pistone and Gilles Deroo’s hybrid drama Infamous Men’s Life won the Commune Image award, offering eight weeks’ use of its editing facilities in Paris. The work explores the life of the early 18th century figure of Matharin Milan, who was infamous in his era but a mere footnote in history.

Spanish director Carlos Casas’s Krakatoa, exploring the world’s looming modern-day ecological crisis through the prism of the 1883 volcanic eruption, won the Camargo Foundation prize, offering a residency at its headquarters in Cassis in the South of France.

Israeli-French director Mili Pecherer won an award offered by Spain’s Casa de Velázquez in partnership with ECAM, the School of Cinema and Audiovisual of the Community of Madrid for her Old Testament inspired hybrid series The Goddamn Particle. It comprises a two-month residency and use of the ECAM’s filming and editing equipment.

Swiss director Matthias Huser won the Sublimages prize offering subtitling for his project The Jungle, about a woman who undergoes an identity crisis when she visits her father’s remote home in the Amazonian jungle.

Fifteen projects participated in the event which comprised  two days of video presentations followed by one-on-one meetings. The lab reported 280 meetings in total.

A slimmed-down physical edition of parent festival FIDMarseille is due to run two weeks later than originally scheduled from July 22-26 in the southern French city.