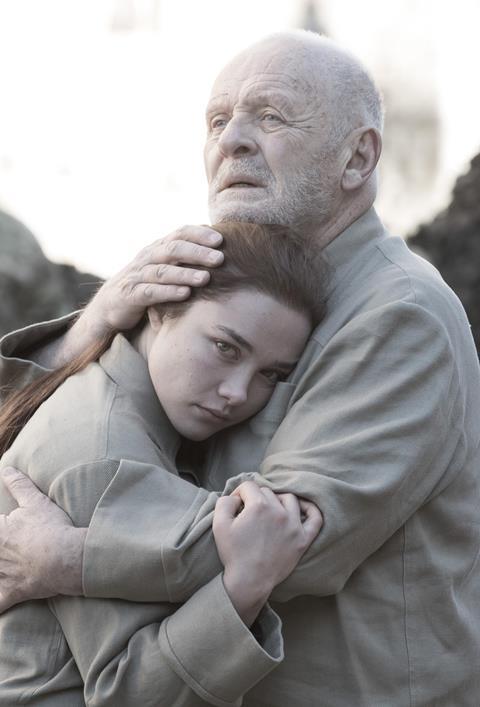 This contemporary version of Shakespeare’s play will have the eponymous monarch controlling a totalitarian military dictatorship in England. Alongside Hopkins and Pugh are Emma Thompson (The Remains Of The Day) and Emily Watson (Breaking The Waves) as Goneril and Regan, Jim Broadbent (Iris) as the Earl of Gloucester, Andrew Scott (Sherlock) as Edgar and John Macmillan (Hanna) as Edmund. Jim Carter, Christopher Eccleston and Tobias Menzies are also in the cast.

Pugh tweeted about the project:

God I love @AnthonyHopkins and he gives great hugs. https://t.co/0JhhlkUK7p

The drama will premiere on BBC Two this spring, after which it will be available on Amazon Prime Video in the UK. Amazon Studios co-produced the project and has US and Germany rights.

Noëlette Buckley was lead producer. It was commissioned by Charlotte Moore at the BBC, with Playground and Sonia Friedman Productions. Great Point Media represents international rights.