First look: Lea Seydoux in Bruno Dumont’s ‘On A Half Clear Morning’ (exclusive) 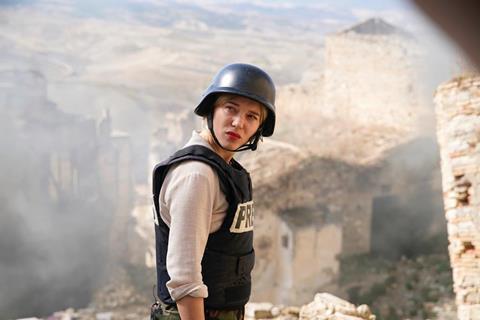 ‘On A Half Clear Morning’

Screen can reveal the first look image of Lea Seydoux in Bruno Dumont’s upcoming drama On A Half Clear Morning.

She plays a celebrity journalist juggling her busy career and personal life whose life is overturned by a freak car accident.

Dumont’s long-time collaborators Jean Bréhat, Rachid Bouchared and Muriel Merlin at 3B Productions are producing the film with RedBallon and Scope on board as co-producers. French distributor ARP Sélection will release the film in France in 2020.