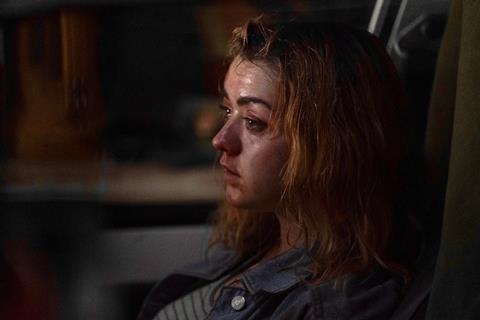 Screen can reveal the first look at Game Of Thrones star Maisie Williams in horror-thriller The Owners.

Paris-based sales company Versatile is market premiering the feature at the European Film Market this week.

French director Julius Berg’s English-language horror thriller The Owners revolves around a burglary that takes a violent turn when the elderly inhabitants turn the tables on the young intruders. It is adapted from the graphic novel Une Nuit De Pleine Lune by Belgian artist Hermann and writer Yves H

It is one of Williams’ first roles since HBO’s Game Of Thrones came to an end last year. She plays a young woman who reluctantly agrees to participate in the botched robbery alongside her delinquent, no-hoper boyfriend.

The film is produced by Alain de la Mata at UK-based Bluelight and Christopher Granier-Deferre, with Nate Bolotin and Maxime Cottray on board as executive producers for XYZ Films, which also handles North American rights.

Co-producers are Brahim Chioua for Wild Bunch, Frédéric Fiore and Eric Tavitian for Logical Pictures, and Pape Boye for Versatile.