Screen can reveal a first-look image from the upcoming horror thriller Wally’s Wonderland, in which Nicolas Cage plays a janitor at a condemned amusement park who must battle demonic animatronic foes. 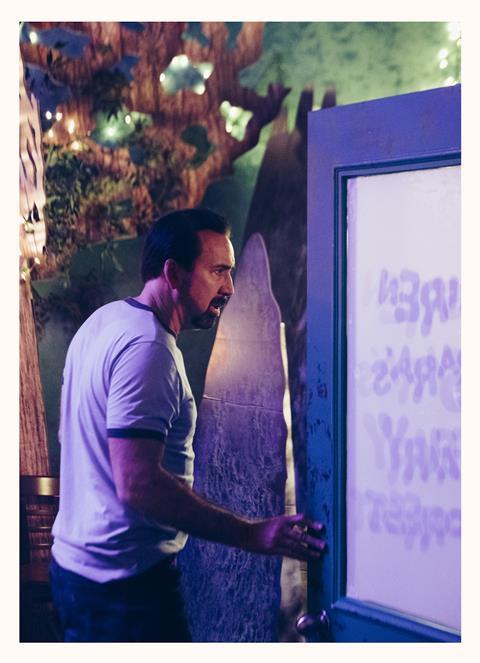