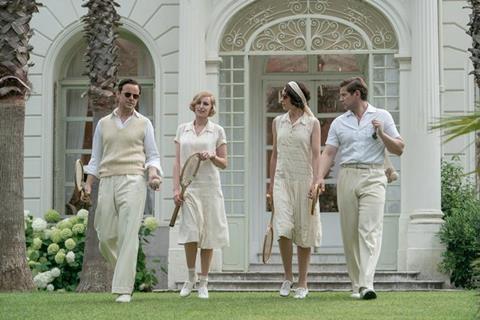 Similarly, audiences got to see a unique clip of Blanchett conducting an orchestra in Tár, which marks Fields’ first film in 16 years since Little Children, takes place in the world of classical music. The film is in post-production and is set to open on October 7.

Footage from Mrs. Harris Goes To Paris (July 15) showed Lesley Manville as a British housekeeper whose dream of owning a couture Christian Dior gown takes her on an adventure. The cast includes Isabelle Huppert, Jason Isaacs, and Lucas Bravo.

Focus executives also brought new footage from Downton Abbey: A New Era (May 20) as the returning cast goes on a grand journey to the south of France to uncover the mystery of the Dowager Countess’s newly inherited villa.

Focus chairman Peter Kujawski opened the session and said the studio will deliver 15 films to theatres this year – a record for the company as it celebrates its 20th anniversary year – and noted Focus opened 24 films exclusively in theatres in the last two years when the pandemic was ravaging the industry.

President of distribution Lisa Bunnell teased a 2023 slate that features B. J. Novak’s feature directing debut and horror mystery Vengeance (July 29), about a radio host who investigates the murder of his girlfriend; Michael Showalter’s drama Spoiler Alert (undated) based on Michael Ausiello’s memoir about the death from cancer of his husband Kit Cowan starring Sally Fields; and Champions (undated) a comedy from Bobby Farrelly starring Woody Harrelson.