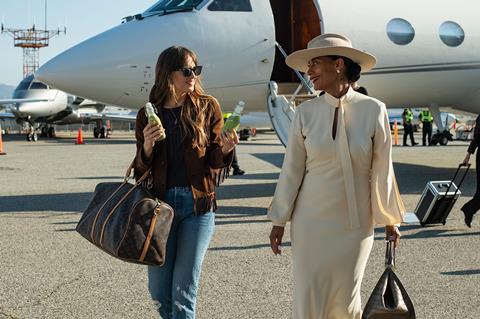 Focus Features and Working Title’s feelgood Los Angeles music scene drama The High Note starring Tracee Ellis Ross and Dakota Johnson is to get a digital-first PVOD release on May 29.

The story centres on the dynamic between Grace Davis, a musical star with an inflated ego, and her overlooked personal assistant Maggie, who dreams of making it as a music producer.

When Grace’s manager presents her with a choice that could alter the course of her career, Maggie and Grace come up with a plan that could change their lives forever. Ice Cube, Kelvin Harrison Jr., and Diplo also star.

The film had been scheduled to open theatrically on May 8 and will now go out on digital-first platforms including Amazon, Apple, Comcast, and Vudu for a 48-hour rental period at $19.99.