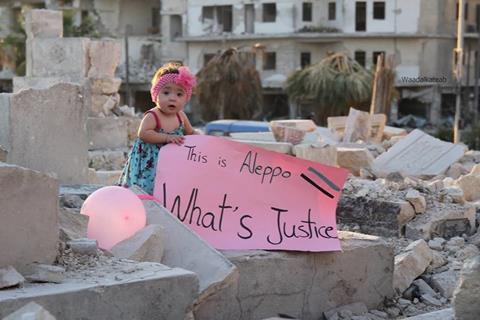 For Sama and The Personal History Of David Copperfield were the big winners at the 2019 British Independent Film Awards (BIFAs).

The ceremony was hosted by actress and comedian Aisling Bea and held at London’s Old Billingsgate tonight (Dec 1).

Syrian civil war documentary For Sama scooped the night’s top prize, best British independent film, as well as best director for Waad al-Kateab and Edward Watts, best documentary, and best editing at the previously announced craft awards last month. On stage, Kateab said: “I really believe that one day Syria will be free and Assad will be gone.”

The Personal History Of David Copperfield finished with five awards, the highest of the night, from 11 nominations, with Hugh Laurie winning best supporting actor and Armando Iannucci and Simon Blackwell taking home the best screenplay prize. It previously also won for casting, costume design and production design. Accepting the award, Iannucci paid tribute to Charles Dickens’ contemporary relevance, adding that “our prime minister is a Dickensian character, because he speaks mostly in fiction.”

Wild Rose had ten nominations but didn’t win any prizes on the night, but it did pick up best music for Jack Arnold at the craft wards.

The best actor award went to Josh O’Connor for Only You, with Harry Wootliff winning best debut director.

Emma Jane Unsworth picked up the debut screenwriter prize for adapting her own novel Animals, which starred Holliday Grainger and Alia Shawkat.

The outgoing CEO of the BFI Amanda Nevill collected the special jury prize, with the previously announced Kristin Scott Thomas picking up the Richard Harris award for outstanding contribution by an actor to British film. On stage she mentioned turning down Gladiator, which starred Harris, saying: “you have given me an award that will always remind me of my most idiotic career decision!”