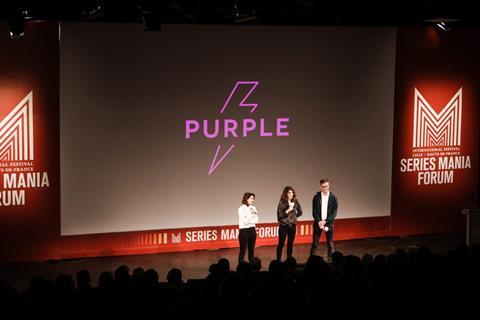 French drama project Purple, inspired by the true story behind the creation of a real-life iconic 1990s lesbian nightclub in Paris, has clinched the top €50,000 ($42,854) prize in the Co-Pro Pitching Sessions event of TV festival and industry event Series Mania, running March 22-30 in the northern French city of Lille.

A total of 16 projects were pitched at the project development and financing event, which continues today with one-on-one meetings and is a key pole of Series Mania’s three-day Forum industry programme.

The series – consisting of eight 40-minute episodes - is written by Judith Havas and Noémie de Lapparent and produced by Priscilla Bertin and Judith Nora at Paris-based Silex Films and Harold Valentin, Aurélian Larger and Simon Trouilloud at Mother Production.

The storyline revolves around five women involved who set-up a female-focused club in Paris as a safe and free space for women. It is inspired by the true story of the creation of the Pulp nightclub in Paris.

A total of 399 projects from 41 countries were submitted for consideration to participate in the Co-Pro Pitching Sessions, which marked its seventh edition this year.

“We all know how difficult it is to finance the beginning of a project and this is why Series Mania created this €50,000 prize to help the creators finance and develop their ideas,” commented Laurence Herszberg, founder and general director of Series Mania.