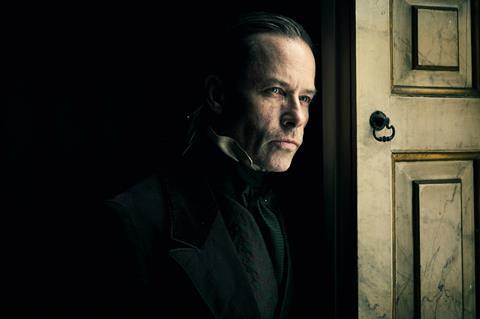 FX Productions will produce the three-part series for BBC One and FX with Scott Free and Tom Hardy’s Hardy Son & Baker. The three companies and the BBC previously collaborated on Knight’s Taboo series starring Hardy.

A Christmas Carol is currently shooting and is set to air in December on FX in the US, with Guy Pearce, Andy Serkis, Stephen Graham, Charlotte Riley and Joe Alwyn starring and Nick Murphy directing. It is the first in a series of Charles Dickens adaptions commissioned by the BBC.

In a statement, Knight said his version of the Dickens work “will respectfully present what we believe to be a timely interpretation of a timeless story.”

Eric Schrier, president, with Nick Grad, of original programming for FX Networks and FX Productions, said, “We are incredibly proud to join the BBC in this latest creative venture, which builds on our expansive programming partnership to bring the best in television to audiences in the US and UK. Charles Dickens’ classics, including A Christmas Carol, are timeless tales that have been reimagined generation after generation. We couldn’t imagine a better team to undertake this enormous task than Steven Knight, Tom Hardy, Ridley Scott and their formidable production companies.”

BBC Drama controller Piers Wenger added: “We’re incredibly excited that filming has begun on Steve Knight’s brilliant interpretation of A Christmas Carol, with Nick Murphy directing a phenomenal cast in what promises to be an iconic version of the classic tale.”