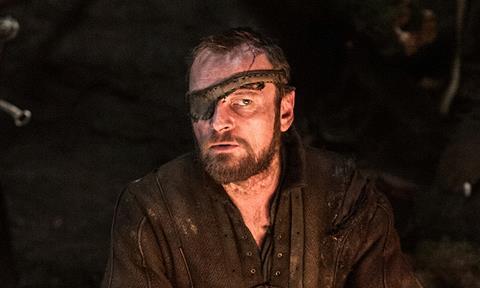 Richard Dormer (Game of Thrones) and Jodi Balfour (The Crown) will lead the cast of upcoming BBC One thriller Rellik.

Created and written by Harry and Jack Williams, the six-episode series will reverse the story of a serial killer, starting at the point in time they are caught and going backwards.

Dormer will play Gabriel Markham, a Met detective that obsessives over finding the serial killer while Balfour plays his partner, Elaine.

Described as a “bold, original and twisting thriller” by New Pictures Executive Producer Willow Grylls, Rellik (“killer” in reverse) was commissioned in 2015 after the success of Williams brothers’ The Missing, also for BBC One.

The Williams’ production company Two Brothers and New Pictures are producing for BBC One and Cinemax. All3media International are handling international sales.

Joining Dormer and Balfour in the cast are Rosalind Eleazar, Paterson Joseph, Paul Rhys, Michael Shaeffer, and Lærke Winther. In addition to the Williams brothers, Marston Bloom has written an episode and Sam Miller is the lead director of the project with Hans Herbots also directing.

Harry and Jack Williams said in a statement: “We are really pleased to be working with the BBC again and to be partnering with Cinemax for the first time. Rellik is a dark thriller tonally very different to anything we’ve done before and we’re looking forward to bringing it to the screen”

Aird said: “Jack and Harry are two of the most imaginative TV writers around and we’re thrilled BBC One is home for Rellik, their boldest series yet.”