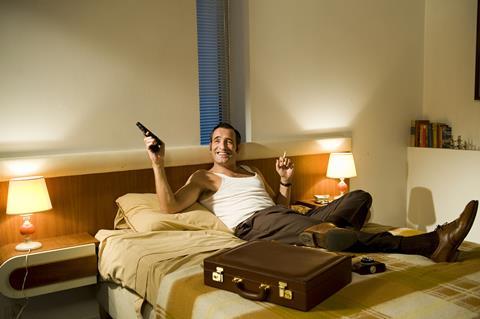 Nicolas Bedos, whose time-travelling romantic comedy La Belle Epoque has proved a crowd-pleaser on the festival circuit after premiering out of competition in Cannes in May, is writing and directing the film.

He has added a new element to the franchise in shape of a young rival and partner agent, played by Pierre Niney.

The popular franchise was originally created by Oscar-winning director Michel Hazanavicius in 2006 as a tongue-in-cheek adaptation of late French writer Jean Bruce’s popular spy novels of the 1950s and 60s.

The first two films directed by Hazanavicius – 0SS 117: Lost In Rio and OSS 117: Cairo, Nest Of Spies – remain immensely popular in France and fans have been clamouring for a third instalment for close to a decade.

In Bedos’s revival, it is 1981 and OSS 117 has been sent on a mission to Africa to help out a president under attack from rebels, covertly led by his young wife.

Along the way, he has to contend with the rise of feminism, computer technology and the Cold War as well as the arrival on the scene of up and coming young agent OSS 1001.

The French-language feature is produced by Mandarin Production (By the Grace Of God, The Mystery Of Henri Pick).

It is currently in pro-production for a February 2021 release.