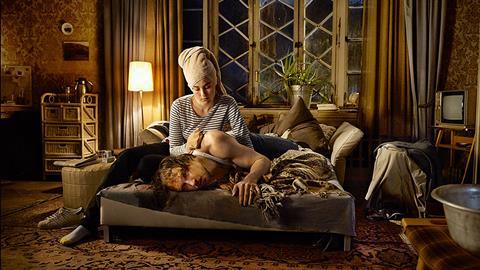 Set against the backdrop of a conference devoted to the German death camp Auschwitz, the film stars German actor Lars Eidinger as a Holocaust researcher who is forced to confront his connection to the past by an intern played by French actress Adèle Haenel.

Croatian film-maker Hana Jusic won Best Director for her debut feature Quit Staring At My Plate, about a woman living cheek by jowl with her family in a tiny apartment.

The film follows the fate of Elle Marja, a Sami teenage girl who is set to boarding school as part of the programme.

The audience at the Roppongi EX Theater, which hosted the closing ceremony, erupted in applause when jury member Mabel Cheung gave the best actor award to Paolo Ballesteros for his performance in Philippine director Jun Robles Lana’s Die Beautiful, as a transgender Filipino woman.

Ballesteros accepted the award in a beautiful golden ball-gown. The film also won the audience award.

In other awards, Mei Feng’s Mr. No Problem picked up the best artistic contribution award. The Best Asian Future Award went to Birdshot, from the Philippines’ Mikhail Red, and the Spirit of Asia Award, presented by the Japan Foundation Asia Centre, went to Alankrita Shrivastava, director of Indian indie drama Lipstick Under My Burkha.

The closing ceremony also handed out a number of honorary awards: the Samurai Award and the Arigato Award.

“I am told the reason I received this award was that I am a new star in the world of animation in 2016. However, I have already been in the animation world for over 10 years,” Shinkai told the audience. “I am glad that I was discovered but there is another part of me that feels like I went undiscovered for a long time.”

Fictional giant monster Godzilla was also feted with an Arigato Award to mark the contribution of the character which made its debut in the 1950s films created by Tokusatsu.

Producer Akihiro Yamauchi noted that November 3 is a special occasion for the film series as it is the same day as the first film’s debut in 1954.

Directors Martin Scorsese and Kiyoshi Kurosawa received the festival’s Samurai Award. Scorsese, who could not attend the festival, devoted much of his videotaped acceptance speech to praising Tokyo Sonata director Kurosawa and Japanese film in general.

Speaking at the ceremony, Kurosawa returned the compliment and added that he agreed with Scorsese’s assessment that receiving a lifetime achievement award while you are still alive is a little unfair.