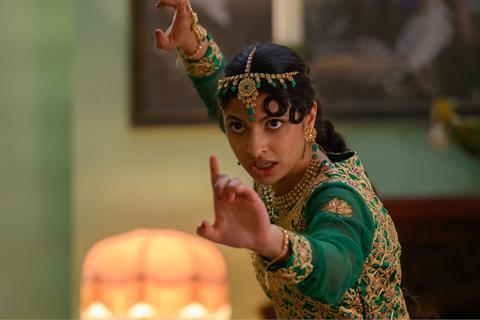 The festival will screen 123 features, including six world premieres, 16 European and international premieres and 70 UK premieres.

Polite Society is the feature debut of Screen Star of Tomorrow 2021 Nida Manzoor, who created Channel 4 and Peacock series We Are Lady Parts.

As previously announced, the festival will open with the UK premiere of Adura Onashile’s Glasgow-shot feature debut Girl.

World premieres include I Am Weekender, Chloé Raunet’s exploration of Wiz’s controversial and banned 1992 film about the UK acid house scene, featuring a host of talking heads including Bobby Gillespie and Irvine Welsh. Plus, there’s Cassius X: Becoming Ali, a feature documentary supported by Screen Scotland and directed by Muta’Ali Muhammed, about boxer Muhammed Ali’s life story, featuring archive footage and comment from those close to him, including girlfriend Dee Dee Sharp and Malcolm X’s daughter Attallah Shabazz.

Scroll down for the GFF world premiere line-up

European and international premieres include Sean Garrity’s romantic comedy The End Of Sex, that premiered at Toronto and stars Schitt’s Creek and The Rig star Emily Hampshire.

Audiences across the UK will get a chance to watch two Glasgow Film Festival UK premieres, as Danial Goldhaber’s climate crisis activism thriller How to Blow Up A Pipeline and Léa Mysius’s French family drama The Five Devils screen at both Glasgow Film Theatre and cinemas in cities including Belfast, London, Manchester, Edinburgh, Bristol and Cardiff.

The only award handed out at GFF is the audience award, given to an outstanding feature film by a first or second time director, and is chosen by the audience. Last year’s winner was Lizzie MacKenzie’s documentary The Hermit Of Treig. This edition’s shortlist includes Alauda Ruiz de Azúa’s debut, mother-daughter drama Lullaby, a feature described by Pedro Almodóvar as “the best debut in Spanish cinema in years”. As previously announced, Spain is this year’s GFF country in focus.

This year is Allan Hunter’s final edtion as co-director. Allison Gardner, co-director and CEO of Glasgow Film Theatre, will carry on in the post. Plans for Hunter’s replacement are being worked out. “We haven’t really thought that far ahead,” said Gardner, who also teased the possibility of restructuring the festival’s leadership model to give more of a voice to “young up-and-coming curators”.

Gardner is not concerned by last year’s collapse of fellow Scottish festival, the Edinburgh International Film Festival (EIFF). “We are a different model from Edinburgh. I have been really strict over the years with how we spend our budget,” she said. “We are in a good place.”

I Am Weekender dir. Chloé Raunet

in the house of names dir. Sulaïman Majali