Go into Space, meet an Alien - and learn all about the latest in VR and AR

Screen is co-hosting its annual Virtual & Augmented Reality Creative Summit on December 5 to look at the impact of immersive content within the film, broadcast and advertising industries. 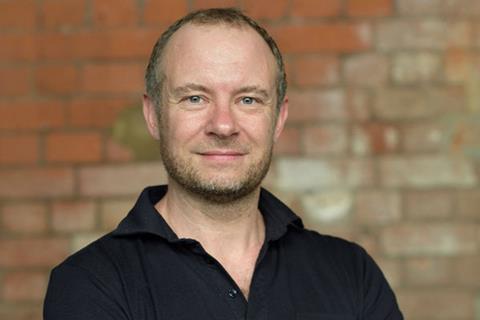 What’s the VR and AR Creative Summit all about?

The one-day event mixes TV producers, film makers, game developers, advertising creatives and visual effects gurus. One of the main draws of the summit is the breadth of perspective on offer, speakers from every area of the world of immersive reality will contribute their view on the direction that the creativity, technology and opportunities for the industry will take.

The summit is always eye opening, it sets your creative juices racing, it makes you think and you get a chance to try the latest stuff. It’s a great way to catch up with peers and meet new people. The location - Picturehouse Central - is fab. And there is a good bar at the end. And even better it is a free bar. What’s not to like?

Who’s going to be there?

We’ve got two streams of sessions. In our main room there are big panels of world class creators and industry leading players charting what you need to succeed in VR and AR over the next year or so. We also hear from the likes of BBC, Sky, Sony, Google and Microsoft on their future plans for immersive content. We’ve also got a glimpse of some very cool tech from artificial intelligence to mobile VR backpacks.

Will you get to see cool VR and AR stuff?

Yes. We’ve curated some of the best experiences out there. These include the amazing VR film that accompanied the launch of Ridley Scott’s last Alien film, the VR game that was recently launched to tie in with HBO’s cult show Silicon Valley, a visceral experience where you join astronaut Tim Peake on his return to earth from space and the Webby award winning Virry VR natural history app along with other demos taking place at the Picturehouse Central.

Show me the money! That is one of the big underlying themes of the day. There is loads of creative excitement about VR and AR but creators are trying to establish the ROI. We will be guiding you to possible funding sources and discussing the ways creators can make money out of this emerging tech.

Who’s in the audience?

The companies attending are a who’s who of the industry. Sony PSVR, Google, Microsoft, BBC, Sky, Framestore, The Mill, Adam & Eve, Saatchi & Saatchi, RSA, Rewind, Factory 42, HP, Channel 4, ITV and more. Plus we have a whole host of independent producers and developers all either involved in VR and AR at the moment or building up experience in this sector.

How do I find out more?