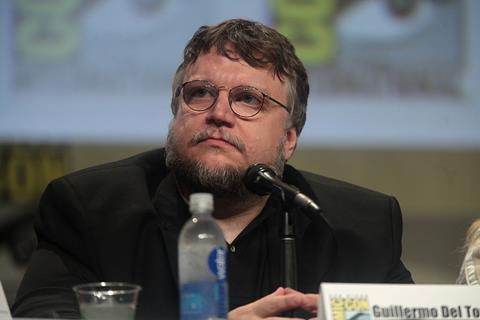 The 33rd Guadalajara film festival (March 9-16) paid tribute to Guillermo del Toro, back in Mexico after winning the best director and best film Oscars for The Shape Of Water.

The filmmaker, met with standing ovations during the festival, took part in three master classes attended by around 12,000 people and launched three scholarships. During the event he revealed plans to shoot a film in Mexico.

Del Toro also opened a new cinema named after him, one of nine new state of the art venues with a 3500-seat capacity in the new headquarters of the festival, the Cultural Centre and Cinematheque of the Guadalajara public university, which is the main public sponsor of the event.

Other private sponsors include Amazon for the first time, which brought to Guadalajara its Film Festival Stars program (FFS) through its Prime Video Direct (PVD) scheme already launched in Sundance, Tribeca, SXSW and Toronto.

Del Toro is also the producer alongside his long-time partner Bertha Navarro (Tequila Gang) of Ayotzinapa, which won the prestigious Film Press award for best documentary

Directed by Enriqe Garcia Meza, it focuses on the cover up by Mexican authorities of the as yet unsolved murders of 43 rural students in Ayotzinapa late 2014.

The Colombian-Argentinian coproduction Matar A Jesus (Killing Jesus) by Laura Mora, fresh from its awards at Chicago, Cairo and Palm Springs, was awarded best film at the Ibero-American competition section. World sales are handled by Latido.

Private sponsors backed industry strands at the festival to the tune of €600,000 in cash and services.

Female directors, just as in the Mexican and Ibero-American competition were behind the overwhelming majority of awarded films.

In the 14th Ibero-American co-production meeting 13 projects were awarded among the 32 selected from 200 applicants.

Talents Guadalajara, an offshoot of Berlinale Talents and Doculab were held for the 10th consecutive year in the industry section of the event.