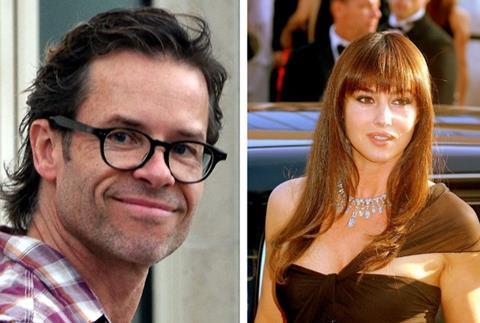 Guy Pearce and Monica Bellucci have joined Liam Neeson on Black Bear’s crime thriller Memory, which is being directed by Martin Campbell.

Harold Torres from ZeroZeroZero, Taj Atwal (Line Of Duty), and Ray Fearon (Beauty And The Beast) have also signed on.

Dario Scardapane (The Bridge, Netflix’s The Punisher) adapted the screenplay from the book De Zaak Alzheimer by Jef Geeraerts, and Belgian film The Memory Of A Killer.

Principal photography is underway in Bulgaria on Memory, which centres on Alex Lewis (Neeson), an assassin with memory loss who goes after those who want him dead after he refuses to complete a job for a crime organisation.

STXinternational has international rights to the film pursuant to its output deal with Black Bear (which covers Neil Burger’s The Marsh King’s Daughter starring Daisy Ridley) and will distribute directly in the UK, Ireland and India. Black Bear’s sister company Elevation Pictures is releasing in Canada.