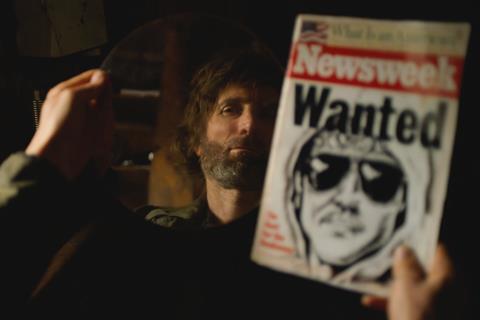 Cinetic Media will handle North America sales on the US feature, which stars Sharlto Copley as Ted Kaczynski, who is serving eight life sentences for waging a bomb campaign against individuals for nearly 20 years.

The story tracks a period in the life of Kaczynski, more widely known as the Unabomber, and draws from his personal diaries and accounts from those who knew him during his life in hiding. The script was written by Gaddy Davis, John Rosenthal and Stone.

Many of the supporting cast are non-professional locals, some of whom knew Kaczynski, and the production built a recreation of his cabin on its original site, shooting for 60 days over four seasons in Montana from 2018-19.

It marks Stone’s third feature after his 2009 historical drama Severed Ways and 2016 documentary Peter And The Farm. Both were released by Magnolia Pictures. His fantasy short Out Of Our Minds played at Sundance in 2009.