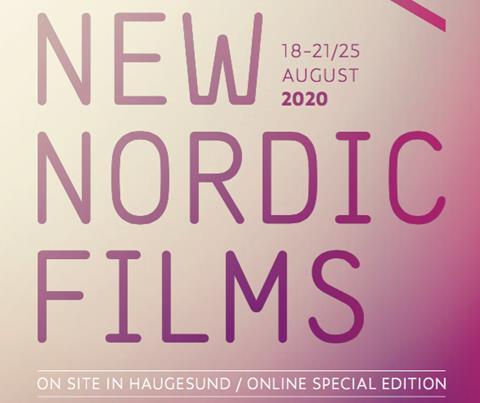 This year’s hybrid event will see with some participants physically attend the event in Norway and others watching online films and presentations.

Kalak is Eklof’s second feature and is set in Greenland. It is about a man who tries to escape the demons of childhood abuse through casual sex while his stoic little girl struggles to stick by her vain and narcissistic father. Eklof has co-written the screenplay with Kim Leine. It is being produced by Maria Møller Kjeldgaard for Manna Film. Backers include Danish Film Institute, DR, Scanbox, Swedish Film Institute, SVT, Mer Film Distribution and the government of Greenland, the newly formed Polarama Greenland, is co-producing.. The shoot is planned to start in March 2021.

Further feature projects to be presented in the Co-Production Market include Icelandic drama Loss, to be co-directed by Ari Alexander Ergis Magnusson and Fridrik Thor Fridriksson. The story is about am old man haunted by memories of everything his has lost. Emily Atef (3 Days in Quiberon) will present her new film Mister, planned as a France-Germany-Luexembourg-Norway production.

“We are proud to still present such a strong and varied programme, which reflects the high quality of film work currently being done in the Nordic countries.” said New Nordic Films head Gyda Velvin Myklebust. ”These four days will allow attendees to watch new Nordic films in our market through our New Nordic Films Cinando VL, and enjoy presentations of projects still in production or in development stages either in Haugesund or online.”

One of the works in progress will win the Eurimages Lab Project Award, decided by a jury of Cia Edstrom, Svend Bolstad Jensen, and Nino Kirtadze.

The market will also screen 10 graduation films from the Nordic film schools.

Band: This Is Not a Band (Ice)
Dir: Alfrun Ornolfsdottir

A Blind Man Who Did Not Want To See Titanic (Fin)
Dir: Teemu Nikki

Shall I Compare You To A Summer’s Day? (Ger-Egy)
Dir: Mohammad Shawky Hassan

Stand Up – Kill it or Die (Fin)
Dir: Reetta Aalto