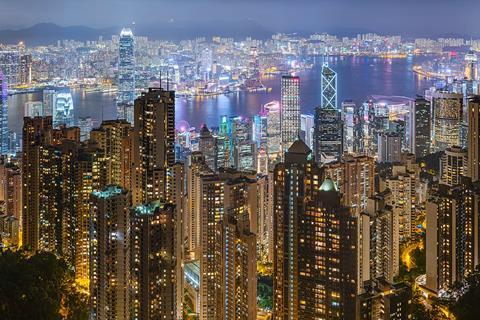 The Commerce and Economic Development Bureau of the government of Hong Kong is investing HK$260m ($33.5m) in five measures to bolster the local film industry in the wake of the coronavirus shutdown.

The investment, provided under the Film Development Fund (FDF), will be used to support local film productions, nurture young filmmakers, and enhance training initiatives, with the aim of re-energising Hong Kong’s film industry, which has been afflicted by the coronavirus shutdown.

For the Directors’ Succession Scheme, established filmmakers are invited to partner with one or two upcoming directors to co-produce films. HK$100m has been allocated to subsidise 10 to 12 Hong Kong films, with each granted around HK$9m.

A further HK$100m has been allocated for the relaxation of the FPFS, which will now afford investors priority to recover half of their investment, with faster payment for local productions through the scheme.

HK$8m has been awarded for 40 scripts from emerging writers through the Incubation Programme; while a HK$20m subsidy has been provided for the Skills Programme for Hong Kong Filmmakers, and Directors’ Guild training schemes.

Finally, the caps for the FFFI have been raised to HK$5m for the Higher Education Institution Group and HK$8m for the Professional Group.

Five titles have been selected from 55 applications for funding across the two groups for the sixth edition of the FFFI. The chosen teams will receive the money to put towards production and completion of their films. Further details are listed below.

”As a result of social events and the epidemic, local film production and investment have shrunk, posing acute challenges to the trade and practitioners in the past year,” said Edward Yau, secretary for commerce and economic development. ”The government is therefore committed to providing multi-pronged support for the trade to go through this difficult period and sustaining the success story of Hong Kong films.”