How European producers are forging ahead during lockdown 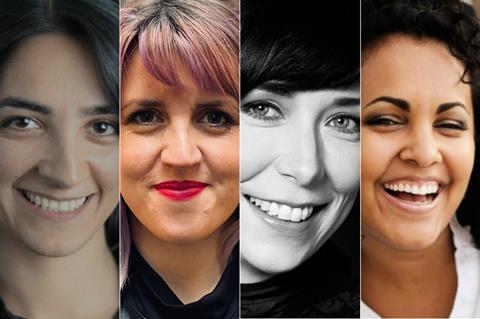 With film production around the world shut down for the past two months, producers have been pivoting to development opportunities and virtual writers’ rooms to keep projects moving forward.

But the challenges of lockdown are being acutely felt by those who hoped to forge new production relationships and financing at film festivals – some of which moved online but all of which cancelled physical events – and were forced to postpone filming as a result of quarantine.

Among those who moved fast to keep projects alive are the participants of this year’s EAVE Producers Workshop, which itself has been impacted by restrictions imposed as a result the Covid-19 outbreak.

The upcoming producers selected for the training, networking and development initiative assembled for their first workshop in Luxembourg in early March but the second meeting, set to take place in Galway next month, has been postponed until October and may have to shift online.

Speaking to Screen, the producers outlined the challenges they faced in the wake of lockdown and the potential pitfalls ahead as the industry prepares to get back up and running.

“It quickly became clear that this year would be extremely challenging for us as an industry that is very much about coming together in big groups, whether at a shoot, festival or industry event,” says Sarah Born, producer and CEO of Switzerland-based Catpics.

“Luckily, we have a slate of projects in different stages of development and are confident that we will survive this year. But it will be tough, especially if we aren’t able to shoot or progress with some of our other projects.”

These include Falling, a relationship drama directed by Samuel Perriard, and documentary I Dreamt Of A Nation, directed by Bigna Tomschin.

“Falling has been postponed to 2021 as we had planned to go location scouting in March in Italy but there was, of course, no way to do that,” says Born. “I Dreamt Of A Nation is an urgent film that needs to be made soon and we think is our most realistic project for 2020. We are optimists and hope to get the funding.”

The documentary was recently pitched at Visions du Reel, which shifted to a virtual forum. “Events like that, which are taking place online, are fantastic opportunities to stay connected and progress with projects,” she adds.

“But it will be tough not having the platforms and festival exposure that we expected and urgently need to make our films travel.”

“I feel like I spend my life on video calls,” says Nora Ostler Spiteri, producer and co-founder of UK production outfit Triongl. “It does work but creatively doesn’t feel as free as being in a room with your collaborators.”

The film and television production company, based in Wales, has six projects in active development and has seen pros and cons of a landscape in lockdown.

“What we’re finding is that projects in early stages of development are accelerating whereas projects that were on the verge of being greenlit feel like they’re stalling, as broadcasters seem hesitant to commit while trying to second guess how audience appetites will change in a post-corona world,” says Spiteri.

Triongl has yet to postpone any shoots and one upcoming project – six-part drama series The Light In The Hall, co-produced by Duchess Street Productions – is not set to begin filming until spring 2021. But their struggle through the virus crisis is truly closer to home.

“Part of our unique challenge is that my husband and I form two-thirds of Triongl, and having a toddler at home means our working hours have effectively halved,” she says. “In the short term, we’d probably be better off furloughing ourselves but we have made the decision to keep momentum going and do everything we can to ensure the company survives.”

As a fledgling production outfit that launched in January 2018, the cancellation of events such as SeriesMania and MipTV have been felt by the likes of Triongl. “We’re able to maintain contacts via video conferencing but what we’re really missing as a young company is that opportunity to forge new connections,” says Spiteri. “You can’t beat face-to-face.”

For more established firms, restrictions have seen a reshuffling of schedules and processes. Max Malka, head of scripted at Endemol Shine Finland, has seen work move from meeting rooms to zoom calls.

“Everything development wise is continuing as planned but instead of face-to-face writers’ rooms, we are working in virtual writers’ rooms,” she says. “It’s also been easier than before the crisis to schedule time for research and expert interviews since everyone is at home and more readily available.”

Upcoming projects in development at the company includes comedy-drama series Please Deport Me, about a dark-skinned Finnish woman who is tired of being rejected by her own homeland; short-form youth series Dance Brothers, about siblings who clash over their love of dance; and Supporting Actor, which centres on a struggling performer who discovers he is also stuck in supporting roles because he is cursed.

Malka anticipates going into production on all three next year. But when filming resumes across the industry, the producer predicts that “the tough competition for talent will definitely be a challenge,” as the scramble to generate fresh content begins.

Launching in the pandemic

Canadian-Ethiopian filmmaker Tamara Mariam Dawit has also used quarantine as an opportunity to embark on research of documentary projects she has in development on and fundraising for drama features, through online avenues such as Torino’s virtual project development lab this month.

But Dawit had the additional challenge of releasing her documentary Finding Sally in the middle of a pandemic.

“The cancellation of film festivals has been very difficult as we are releasing Finding Sally through festivals, anchored around a launch at Hot Docs in Canada,” says Dawit of the film, in which she investigates the mysterious life of her aunt, an Ethiopian aristocrat-turned-communist rebel who disappeared after the revolution that lead to the overthrow of Emperor Haile Selassie.

“Festivals would have been a big part of presenting the film to buyers, press, and other festivals while continuing to fundraise for impact work.”

In Canada, Hot Docs partnered with broadcaster CBC to air the film in primetime as part of its Hot Docs At Home strand. But outside of Canada, Dawit is having to rework the outreach and sales strategy for the film.

“As many of our other festival invitations have been cancelled, we are having to revisit other options to release the film to festival-type audiences,” she says. “But there are challenges there, related to geo-blocking and how this might impact other sales and screenings down the road. This is a big part of a new distribution strategy, which needs to be thought through and tested.”

Dawit asserts that the early digital release of films, which has been prevalent during the pandemic, is “a temporary solution but no replacement for cinema screenings”.

She adds: “Personally, I am okay with going on a VoD platform in some markets where you may not have others, but I would want to ensure there was still a way to engage in Q&A sessions, which for me is a big component of cinema screenings. This is especially the case for documentaries, which are issue-based and tied to driving audiences to act or generate behavioural change.

“A cinema release will ultimately still need to occur as part of a film’s engagement and outreach. It is something that we are all trying to figure out right now.”