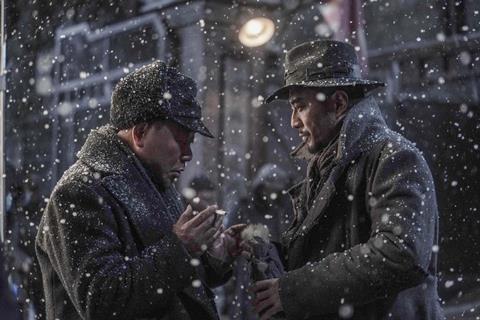 Beijing-based Blossoms Entertainment has sold Huayi Brothers’ historical action drama Railway Heroes to a string of territories, including Koch Media for Germany and The Jokers for France.

The big-budget production, which opens theatrically in China on November 19, has also gone to China Lion for North America, Australia and New Zealand, Krisco for the Middle East and India, 9th Plan for Poland and Shaw for Singapore.

Starring Zhang Hanyu (Operation Red Sea), Fan Wei (One Second) and pop singer/actor Vision Wei, the film is set during the Second World War when a group of Chinese railway workers banded together to destroy the supply lines of invading Japanese forces. The film is directed by Yang Feng, whose feature directing credits include The Coldest City (2018).

The company’s slate also includes titles from other major producers such as war film The Sacrifice and action thriller Counter Attack.