Cannes award-winner to be considered for nomination in the Academy Awards’ Best Foreign Language Film category. 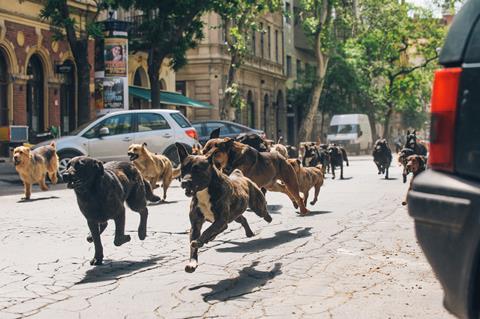 Kornél Mundruczó’s White God (Fehér Isten) has been selected as the official Hungarian entry for the 87th Academy Awards.

The film, which won the Un Certain Regard prize at this year’s Cannes Film Festival, will now be considered for nomination in the Best Foreign Language Film category.

The Hungary-Germany-Sweden co-production centres on a girl who runs away from home to search for her dog. Sales are handled by The Match Factory.

It marked a triumphant return to Cannes for Mundruczo, who was previously in Competition in 2008 with Delta, which won the Fipresci prize, and in 2010 with Tender Son: The Frankenstein Project. His feature Johanna played in Un Certain Regard in 2005.

It was also a triumph for for Body, the dog who played Hagen in White God, who became the first canine ever to be invited on stage with Thierry Fremaux at the film’s Un Certain Regard screening and also won the coveted Palm Dog.

According to Academy rules, Hungarian-language movies eligible for consideration had to have been theatrically released between October 1, 2013 and September 30, 2014 in Hungary. White God was released in Hungarian theatres by Intercom on June 12.

The announcement of the five films nominated for the Best Foreign Language Film Oscar will be made on Jan 15, 2015. The awards ceremony will be held on Feb 22, 2015 in the Dolby Theatre, Hollywood.