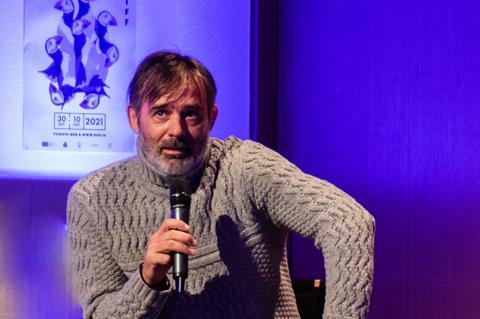 Icelandic producers have called for the Icelandic filming incentive, currently at 25%, to  be increased to 35% to help the country to stay more competitive as an international location hub.

The newly elected Icelandic government has publicly expressed its support for the film and creative industries and producers hope they could go through with campaign promises to get the rebate up to 35%.

During the Reykjavik International Film Festival (RIFF, September 30-October 10) veteran producer Joni Sighvatsson, who works in many territories internationally including the US, said: “I’m working in Portugal, I’m working in Australia and those countries are very, very aggressive in their rebate systems. I think if Iceland doesn’t keep up, we will see those countries [make more gains].”

”Because of generally high wages [in Iceland], we have to keep up with that. Because they are moving up the mountain very quickly.”

Baltasar Kormakur of RVK Studios added: “It’s an unusual thing that a politician [says] ‘we can make a better society by giving more to the film business’… now he better deliver. Ireland and Spain have similar and it’s not like it’s unproven that it’s beneficial.”

Kormakur, whose credits range from 101 Reykjavik to Everest, also spoke of plans to expand his growing studio complex on the outskirts of Reykjavik in Gufunes – which already includes a huge 3,200-square-meters space - to include two smaller studio spaces that can accommodate smaller productions, more local shoots, and also house production offices. In addition to hosting incoming US studio shoots, he said: “I’m hoping that some of my Icelandic colleagues and competitors will also want to come there, because I believe we can all work together.”

Kormakur has been busy shooting in South Africa with Idris Elba for Universal’s Beast; his other forthcoming projects include Fjord, a new show about a podcaster who looks into old murder cases, and his new love story/mystery feature Touch, to be shot in Iceland, the UK and Japan likely in 2022).

Iceland’s co-production potential was also showcased in the RIFF works in progress presentations, including Ricky Rijneke’s second feature The Hunter’s Son, a Belgian-Poland-Iceland-Netherlands co-production. The drama/mystery is about a 14-year-old who goes on a family hunting trip that goes wrong. Mildred van Leeuwaarden and Dirk Rijneke produce for New Rotterdam Films, with co-producers Birgitta Björnsdóttir of Iceland’s Vintage Pictures; Magdalena Kaminska and Agata Szymanska of Poland’s Balapolis and Dries Phlypo of Belgium’s A Private View.

Other films previewed at the WIP showcase include Summer Light, And Then Comes The Night, directed by Elfar Adalsteins and starring Ólafur Darri Ólafsson; as well as Icelandic TV shows Fractures; the second series of Stella Blómkvist and the third series of Trapped.

For the first time, RIFF also included projects from the Faroe Islands and Greenland as part of its works in progress showcase. Those were Anton Petersen’s /thriller Love Acts from The Faroe Islands; Aka Hansen’s sci-fi The Moon Traveler and Pipaluk K Jørgensen’s coming-of-age story This Road Of Mine from Greenland.

The festival had a Dutch focus in this year’s edition, screening films including Oscar submission Do Not Hesitate, Magic Mountains and Farewell Paradise. The Dutch delegation in Reykjavik included IFFR’s Marit van den Elshout, EYE’s Ido Abram, Ilse Ronteltap of the Netherlands Film Fund and producers including Lemming Film’s Erik Glijnis, Bind’s Maaike Neve and Halal’s Gijs Kerbosch. Dutch producer Rijneke spoke about his Dutch-Icelandic co-productions from the groundbreaking Reykjavik-Rotterdam in 2008 to forthcoming collaborations including The Hunter’s Son and Ása Helga Hjörleifsdóttir’s Letter From Helga.