'The Other Side Of Everything' wins at IDFA

The International Documentary Film Festival Amsterdam (IDFA) has revealed the award winners for its 30th edition in a cermony at the Stadsschouwburg in Amsterdam. 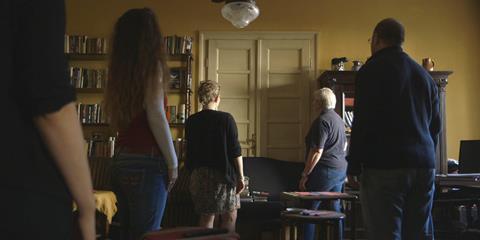 ‘The Other Side Of Everything’

Among winners were The Other Side Of Everything by Serbian filmmaker Mila Turajlic which won the IDFA Award for best feature-length documentary.

The festival runs until Sunday 26 November. On Friday 24 November, the winner of the VPRO IDFA audience award (€5,000) will be announced during the broadcast of the Best of IDFA: Audience Award 2017 on Dutch television channel NPO2.

The award winners are as follows:

Klaudiusz Chrostowski for Call Me Tony (€ 5,000 and an Amira camera which ARRI will give on loan for the winner’s next production)

Denise Kelm Soares for I Am (€ 2,500 and an Amira camera which ARRI will give on loan for the winner’s next production)

Reber Dosky (The Sniper Of Kobani, Radio Kobanî and Meryem) was awarded € 50,000