Three films from 12 teams will be greenlit for production. 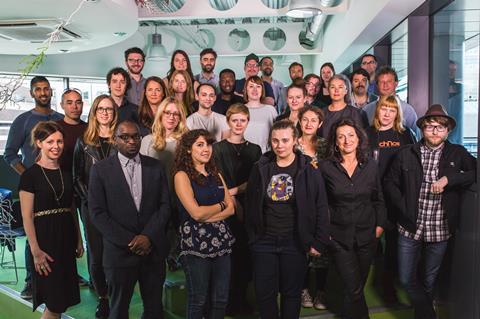 UK film-making initiative iFeatures has revealed the teams and projects that will make up its fourth development slate.

The scheme, which has previously produced regional productions such as Guy Myhill’s award-winning The Goob, is overseen by Creative England with partners the BFI Film Fund, BBC Films and Creative Skillset.

Between them the chosen teams have made films which have screened at Toronto, London and Sundance film festivals as well as FrightFest.

The selected films are set across the English regions including Devon, Essex, Burnley, Birmingham and the Lake District. Half of all the directors attached to the projects are women.

This year’s initiative starts in Sheffield this week with the first in a series of professional training and development workshops.

Zorana Piggott, iFeatures executive producer, said: “We have selected twelve bold and distinctive ideas by exciting new film-makers drawn from just under 300 submissions. The standard of applications was incredibly high and I am very proud of the great genre diversity and the strong regional voices we have on the slate.”

The turbulent lives of a group of bullied teenagers begin to influence a mysterious creature they discover washed up on a beach, with terrifying results.

Ex Sanguis is a romance thriller about fear and self- discovery through love. After a mysterious disease leaves sufferers dependent on donated human blood to survive, an intense relationship develops between two women as one feeds the other.

An anime graphic novelist and a cosplay webcam girl form a bizarre online relationship during their fleeting stay in a Birmingham apartment block.

Set amongst hundreds of identical mobile homes in a remote caravan park, Make Up is a thriller about a young woman who is stalked by her boyfriend’s lover.

If Only You Knew

A black teenager CW moves from South East London to Essex, where he is inducted into a group of right wing white nationalist skinheads.

When deaf student Grace abandons the hearing world to live in an all-deaf commune, she is forced to question the morality of the life she has chosen - is this the utopia she’s always dreamed of, or a nightmare waiting to happen?

If there’s something you’d like to try, ask me I won’t say no how could I? A story about the dangerous places love takes you.

When a fledgling cult leader finds her position threatened by her most loyal disciple, a deadly gulf emerges between upholding her principles and staying in power

A sci-fi comedy set in Burnley, about a woman who rebuilds herself as an indestructible cyborg to cope with life as a single mum.

Shadows In The Deep

On a dreary night, in a dilapidated seaside town, two men who have not seen each other for over a decade will reunite to face a horror that their ancestors have lain for them. Neither will come out unchanged.

A shy twenty-year-old tries to make sense of himself, yet the one thing he wants, is the only thing holding him back.

A teenage gymnast finds an escape from her insecurities when her long-lost brother introduces her to an exciting world of scooter crime.