‘In The Mood For Love’, ‘Breathless’, ‘L’Avventura’ selected for 2020 Cannes Classics 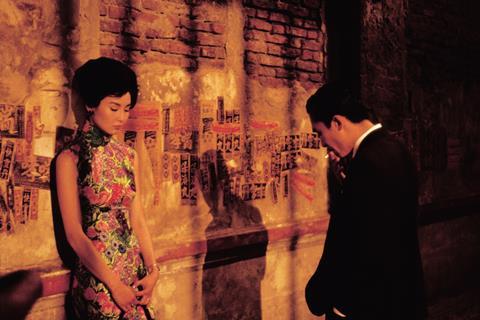 In The Mood For Love

Hong Kong director Wong Kar-wai’s award-winning romantic drama In The Mood For Love  is among the 25 narrative titles and seven documentaries selected for Cannes Classics 2020, the cinema heritage programe of the Cannes Film Festival.

The festival said many of the titles would now play at the Festival Lumière in Lyon, which Cannes Film Festival’s delegate general Thierry Frémaux oversees and runs October 10-18 this year.

Some of the works will also screen at the long-running Rencontres Cinématographiques de Cannes, scheduled for November 23 to 26.

The festival was cancelled earlier this year due to the Covid-19 pandemic and announced a special 2020 Official Selection in early June.

In The Mood For Love world premiered in Competition at Cannes 20 years ago in 2000, where Tony Leung  won the best actor prize.

The film has recently undergone a 4K restoration led by classic film label Criterion and Italy’s L’Immagine Ritrovata restoration lab under the supervision of Wong Kar-wai.

French distributor The Jokers Films, which recently scored a major arthouse hit in France with Parasite, is due to re-release the restored copy in France on December 2.

Other titles in the selection include Jean-Luc Godard’s Breathless and Michelangelo Antonioni’s L’Avventura. Both films turn 60-years-old this year.

The festival also highlighted the inclusion of the 1987 work Friendship’s Death by influential UK film theorist and filmmaker Peter Wollen, who died aged 81  last December. It stars Tilda Swinton in one her first big -screen roles.

The film is being presented by the BFI. It has recently undergone a 4K remastering by the BFI National Archive from its original 16mm colour negative in collaboration with the film’s producer, Rebecca O’Brien and cinematographer, Witold Stok.

Timely selections include US director Melvin Van Peebles’s 1967 feature The Story Of A Three-Day Pass, about a black US solider stationed in France, who heads to Paris after receiving permission to leave his base, where he encounters both passion and racism. It is shot in black-and-white and in the style of the French New Wave. The film is being presented by the US film preservation organisation IndieCollect and the Hollywood Foreign Press Assocation which provided a grant to fund its restoration. The restored copy has been created out of original film elements discovered by the IndieCollect team during its inventory of Van Peebles’ New York apartment and storage facility.

The selection also fetes the 30th anniversary of Martin Scorsese’s The Film Foundation with the inclusion of two titles from its collection: Pier Paolo Pasolini’s 1961 work Accattone and the lost 1976 Iranian film The Chess Game Of The Wind (Shatranje bad) by Mohammad Reza Aslani.

There is also a celebration of the centenary of the birth of Italian director Federico Fellini’s in 1920 with the inclusion of restored copies of his Oscar-winning film La Strada; the 1950 work Lights Of Variety, which he co-directed with Alberto Lattuada, and the documentary Fellini Of The Spirits by Anselma dell’Olio.

The other selected documentaries include Eric Friedler and Andreas Frege’s Wim Wenders, Desperado, a portrait of the German director featuring testimonies from Ry Cooder, Patti Smith and Dennis Hopper, and R.J Culter’s Belushi, exploring the life and work of the late actor John Belushi.