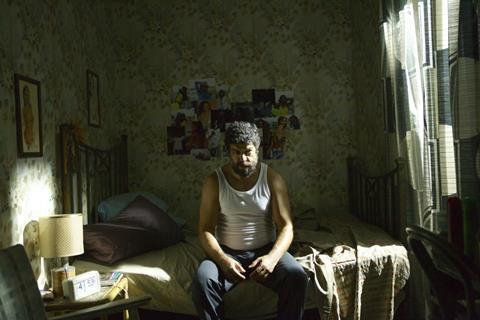 Indie Sales has acquired international rights to Italian director Michele Alhaique’s Senza Pieta starring Pierfrancesco Favino as a loner and Mafia henchman who lands on the wrong side of his boss.

“The script stood out and I felt I could help in putting this movie together. Michele Alhaique has a new voice that deserves to be heard,” said Favino.

One of Italy’s most respected actors, Favino is best known for his award-winning performances in Michele Placido’s Romanzo Criminale, and more recently Stefano Sollima’s ACAB ­ All Cops Are Bastards and Marco Tullio Giordana’s Piazza Fontana.

He has also made appearances in a dozen international pictures, including most recently World War Z and Rush.

Working-titled Senza Pieta is 34-year-old Alhaique directorial debut. The actor and filmmaker is best known at home for his performances in TV show and films such as the alpine adventure K2 ­ La Montagna degli italiani and the EFA-nominated Benvenuto Presidente!

Alongside acting, Alhaique has also made a number of shorts including the award-winning Il Torneo.

The film is a Italian-French co-production involving Lungta, PKO and RaiCinema for Italy and for France, Cine@, the company behind films such as the upcoming Gemma Bovary as well as Perfect Mothers, Coco Before Chanel. The producers are Maurizio Piazza, former Paramount VP Alexandra Rossi, Favino and Cine@’s Philippe Carcassonne.

A contemporary love story set against the backdrop of Rome’s criminal world, Favino stars as Mimmo, a taciturn labourer and Mafia heavy in the pay of his uncle Santili.

Mimmo regards Santili as a father figure but the latter already has a son, the spoilt, playboy Manuel.

One day, Mimmo witnesses Manuel assaulting a beautiful callgirl. He snaps and brutally beats him up, setting in motion a relentless chain of violence.

“This is a beautiful love tale set in Rome’s criminal underworld, the one we love to see in Italian films,” says Indie Sales chief Nicolas Eschbach.

Paris-based Indie Sales is premiering a promo-reel at the EFM.

The film is currently in post-production in Rome where it is being edited by Carlotta Cristiani (Bread and Tulips) and Tommaso Gallone (The Great Beauty).

It will feature a soundtrack created by French electronic music producer Yuksek (aka Pierre-Alexandre Busson) and Italian composer Luca Novelli who previously worked on ACAB ­ All Cops Are Bastards.

Other titles on Indie Sales EFM slate include Quentin Dupieux’s Los Angeles-set Reality, starring Alain Chabat as a director in search of the perfect screen for his horror film, and animated feature Moomins on the Riviera.