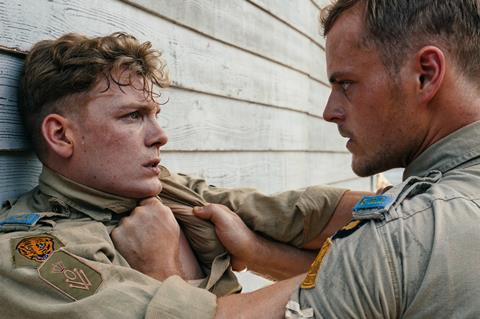 Filming is underway in Java, Indonesia, on wartime drama The East, which XYZ Films represents internationally at the EFM and jointly handles US rights with ICM Partners.

Lakemeier (pictured opposite Coen Bril in first look photo) plays a young Dutch soldier among forces dispatched to quell an uprising in the Dutch East Indies colony who falls under the spell of a charismatic and brutal army captain (Kenzari) and begins to suspect he is on the wrong side of history.

New Amsterdam, Wrong Men (Belgium) and Salto Films (Indonesia) are producing The East, which falls under the Telescoop programme and has support from The Netherlands Film Fund, Production Incentive, CoBO Fund, OCW, NTR, Wallimage and the Belgian Tax Shelter.