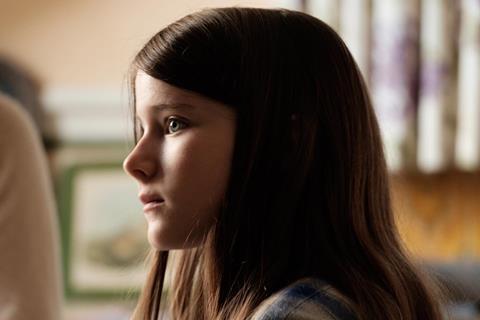 It is making its world premiere in Generation at the Berlinale next month.

Set in 1981 in rural Ireland, The Quiet Girl is a cominig of age story about a young girl who blossoms while in the care of foster parents one summer until she discovers a  painful truth.

“An Cailín Ciúin is one of the finest films of recent memory and a dazzling new talent in writer-director Colm Bairead,” said festival director Gráinne Humphreys.

The Quiet Girl is the directorial debut of Bairéad and is produced by Cleona Ní Chrualaoi of Inscéal. It was funded by Screen Ireland, TG4 and the BAI as part of the Cine4 scheme and shot on location in Meath and Dublin last year. Break Out Pictures is releasing. The Arts Council funding is single project funding through its Reel Art scheme.

Celebrating its 20th anniversary this year, DIFF will also screen the world premieres of four Arts Council-funded films. Donal Foreman’s The Cry of Granuaile centres on a bereaved US filmmaker who comes to Ireland to research a project about Granuaile, the legendary 16th-century pirate queen.

Alan Gilsenan’s The Ghosts Of Baggotonia explores the literary and other ghosts of the bohemian quarter bordering Dublin’s Baggot Street during the mid-20th century.

Anna Rodgers and Shaun Dunne’s How to Tell A Secret is an exploration of HIV disclosure in Ireland.

North Circular, directed by Luke McManus, examines the history, music and streetscapes of one of Dublin’s best-known arteries. As part of events to mark its 20th anniversary, DIFF will also host screenings of former Audience Award winners Broken Song, Waveriders, The Raid and Anvil.

The full DIFF programme will be announced on February 2. The festival is being planned as a physical event and will take place from February 23 to March 3.